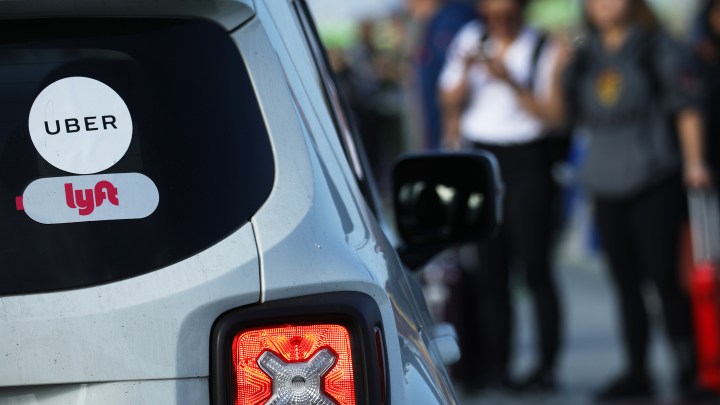 When you hear the words “gig economy,” you probably tend to think of all of the people driving for ride-hailing services or delivering takeout food from restaurants. There is still a major debate over whether many of those independent contractors should be entitled to employee benefits.

There is also a more grassroots class of these so-called “sharing economy” outfits that offer promise, but have also run into challenges.

Juliet Schor is a professor of sociology at Boston College. Her forthcoming book is called “After the Gig: How the Sharing Economy Got Hijacked and How to Win It Back.” She spoke with “Marketplace Morning Report” host David Brancaccio, and the following is an edited transcript of their conversation.

David Brancaccio: The “sharing economy” may not be exactly the right word when it comes to publicly held ride services like Uber and Lyft. I mean, some might think it’s you sharing your car with those companies’ shareholders. But there’s been some, actually, interesting smaller enterprises. What do you call them? Community-based sharing economy companies?

Juliet Schor: Community-based, yes. Most of them are nonprofits. And they were such an important part of the “sharing economy” at the beginning. They’ve been overshadowed by the big corporate players, but I think they’re a really important set of actors that we should pay attention to going forward because they actually embody genuine sharing principles and ideals.

Brancaccio: Now, you don’t generally name the ones you studied in the book, with some exceptions, but what kind of work are some of these things doing that you and your colleagues looked into?

Schor: We studied a very large makerspace, a food swap, a time bank. Others have studied things like food donation apps. So there are just a lot of different entities that have really been popping up over the last 10 years: tool libraries, fashion libraries, repair cafes, all kinds of things.

Brancaccio: Now, I mean, let’s just stipulate all of those, every one of them, well-intentioned, but some fade out over time. That happens often with nonprofit enterprises: If the leader loses some steam, often the company can start to fade. But you found in the book that even these community-based nonprofits often reflect the complexity of wider society and the traditional economy in different ways.

Schor: Yes, and one of the things that we found at our study sites was that because they were founded and initially joined by a sort of a demographic that wasn’t very diverse — very highly educated, tended to be pretty economically privileged, overwhelmingly white — they ended up having sort of status dynamics that really impeded their ability to expand into a much wider population. And I think that researchers who have studied these entities that were founded in sort of higher-need communities or more diverse communities, or very importantly, with some municipal support, find that they’re really better able to serve that kind of more diverse and more economically disadvantaged population. Which is what many of them were founded for in the first place.

Brancaccio: We’re very interested in a way of thinking about the sharing economy. It’s this notion of — well, we know about co-ops, it’s kind of shared ownership of a sharing economy entity. Tell us about that, and why does it seem promising to you?

Schor: These are what are called “platform co-ops.” And platforms are apps which are owned by the people who are earning on them. Now, I think what’s really important about these platform cooperatives is that the technology of the platform makes possible some great efficiencies. It allows the sort of logistical aspects of the work, the billing, the quality control, the matching of earners with customers, all of that stuff is handled very efficiently through the digital technology. And perhaps most importantly, the crowdsourcing of ratings and reputational data means you can really cut out that so called middleman, who takes a lot of the profit in areas like cleaning and care work.

Brancaccio: But you do explore one of the challenges that — it’s common to many enterprises, but also these co-ops: what to do about the benefits. Because you might have some people who are really heavy participants in the co-op and doing a lot of the gigs. And then you have others who might be more casual. Should everybody in that situation get access to the same health care policy if one could be offered? And it’s one of the questions that you raise.

Schor: Yes. So if you think about benefits, for example, you’re not going to want to have a structure that gives everybody the same level of benefits. So a simple way to deal with this would be to prorate, sort of, payments into benefits schemes or the benefits themselves on an hourly basis or on a revenue basis. Basically, what you want to do is retain that flexibility and to sort of make the benefits system flexible to go along with that.

Brancaccio: Now, many people are going to pick up your book wondering about the big brand-name gig economy companies and their future. We continue to cover the major public policy issue with, for instance, California, passing a law saying a lot of those gig workers are really employees and should be entitled to employee-style benefits. If more of the workers at these gigs, say ride-hailing companies, become employees, do you see a move then toward perhaps unionization, organized labor?

Schor: You’re already seeing it and that’s one of the reasons that California passed Assembly Bill 5, which codified employees status. By the way, the companies already should have been complying with with employee status because of a court case that had happened prior to the passage of the law, but they just ignored it. So, yes, I think that there will be an increased pressure for unionization, we are seeing that already. And that will make sense I think in the context of an employment setup.