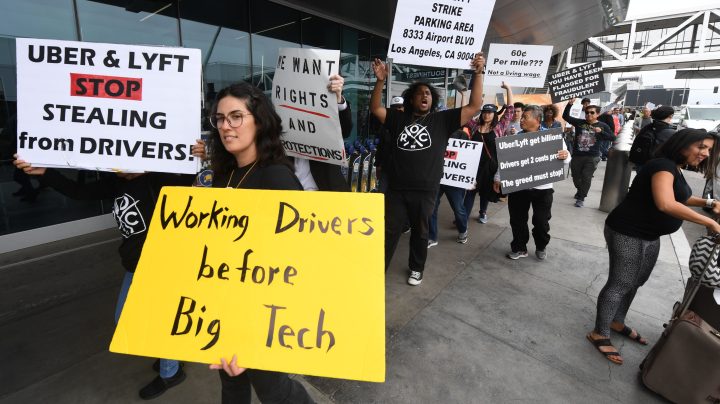 All eyes are on California this week as lawmakers face a final vote on Assembly Bill 5. It would reclassify many gig workers as employees, opening the door to guaranteed benefits and protections like health care, workers’ compensation and the right to form a union.

Gov. Gavin Newsom has said he supports the bill and the state’s Democratic majority looks poised to pass it.

California is the birthplace of the modern gig economy, home to Uber, Lyft and a slew of similarly disruptive companies.

“They have built a business model based on far fewer benefits for workers,” said UC Berkeley labor expert Harley Shaiken. AB-5, he said, seeks to correct that and has been supported by the state’s major labor unions.

But the companies say making drivers employees will result in less flexibility and higher consumer prices. Uber, Lyft and DoorDash are putting $90 million behind a ballot measure to oppose the law.

And Silicon Valley techies aren’t the only ones upset. The law could affect everyone from manicurists to newspaper deliverers and truck drivers.

Last week independent truckers protested near the state Capitol. Joe Rajkovacz with the Western States Trucking Association said drivers who own their truck as a small business could get squeezed out.

“This law directly affects the ability of that individual to even exist in the marketplace,” he said.

A vote on the bill could come as soon as Tuesday, and it looks poised to win approval.