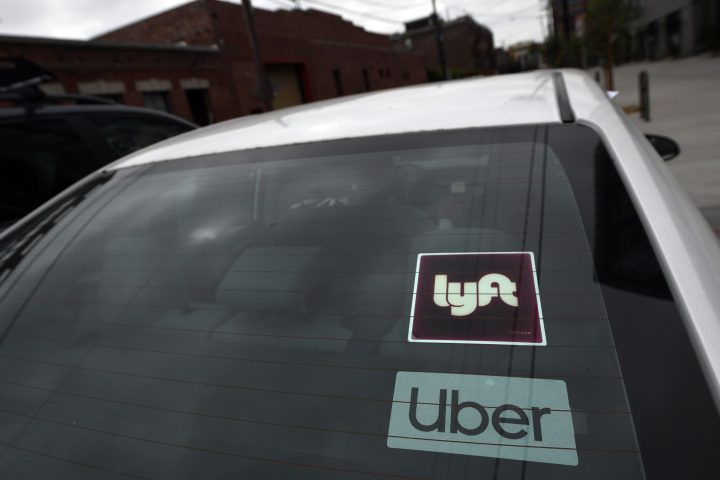 COPY
As the economy has opened up, so too have opportunities and benefits for gig workers such as drivers for ride-hailing services. Photo by ROBYN BECK/AFP via Getty Images

As the economy has opened up, so too have opportunities and benefits for gig workers such as drivers for ride-hailing services. Photo by ROBYN BECK/AFP via Getty Images
Listen Now

The pandemic recovery is winding down, and the Fed is trying to curb economic growth to fight inflation.

Gig workers are an increasingly important part of the workforce — though their wage and employment numbers aren’t counted in the Labor Department’s survey of traditional employers. How are they faring in this rapidly changing economy?

Early in the pandemic, everything from ride-sharing to musical productions shut down, along with the rest of the economy. Even so, it hasn’t been too bad a time to be a gig worker, freelancer or independent contractor, said UNC sociologist Alexandrea Ravenelle.

To start with, for the first time ever, government provided generous unemployment benefits that non-traditional workers usually aren’t eligible for.

“For some gig workers it was life-changing. It bought them time to stop hustling, to save some money for a change, and think about what they wanted to do in their lives,” Ravenelle said.

And things have gotten better as the economy’s reopened and people are going places again, said Adam Ozimek at the Economic Innovation Group.

“Self-employment recovered much faster than payroll employment, and that’s a sign that you’ve got both increased supply and increased demand for gig workers,” he said.

Gig workers have to deal with sharp price inflation just like everyone else. But they may be able to respond with some earnings inflation of their own, said Liya Palagashvili at George Mason University’s Mercatus Center.

“If you’re a freelance musician on Upwork, or if you’re a tutor, you might be able to raise your per-hour fee that you charge,” she said. “Some gig workers who are on Uber and Doordash, for example, they can’t set their own prices, right? Those prices are dictated by the companies via an algorithm.”

Meanwhile, rideshare and delivery drivers are spending 50% more than they did a year ago on gas to fill up their tanks. But as Ravenelle points out, while you and I might be paying more for a ride now, “just because the platform’s increasing the price, doesn’t mean the driver’s making any more money.”

If the Fed’s fight against inflation leads to a rise in layoffs and unemployment, more people are likely to turn to gig work to replace lost income.

That in turn could lead to more competition among gig workers — for rides and food deliveries and students to tutor at the same time consumer demand for those services is falling.

And if the economy slows enough to slip into recession again, there won’t be a generous federal safety net for unemployed gig workers like there was last time around.