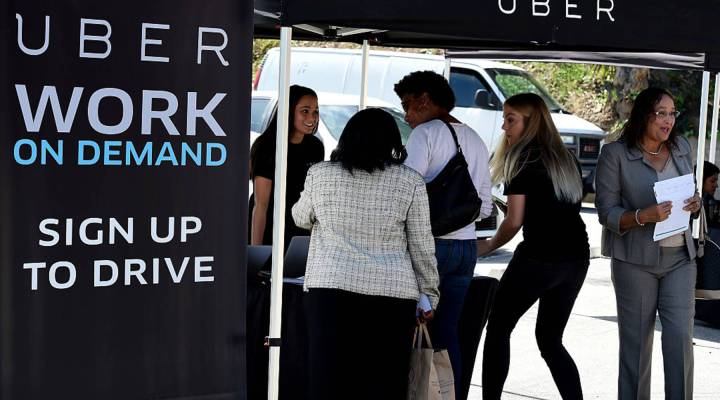 There are so many different ways that economists and journalists have tried to describe the phenomenon of the so called “gig economy.”

Or, “sharing economy,” “app economy,” “perma-lancer economy.” You get the point.

These are people who do jobs they find via TaskRabbit, Uber, Lyft, Instacart, etc. New research shows we should probably just stick with “Uber Economy” as our phrase. Labor economists Alan Krueger and Lawrence Katz estimate Uber is responsible for half to two-thirds of this kind of work.

Still, these jobs are a very small slice of the U.S. economy, likely less than 1 percent of the total U.S. working-age population.