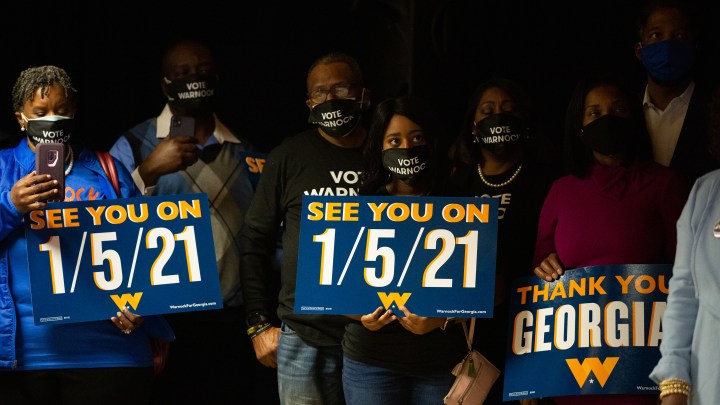 Two Georgia runoff elections that will decide control of the United States Senate will be held Jan. 5. The campaigns for the two seats have broken fundraising and spending records, becoming the most expensive Senate election in history.

As of Jan. 3, between the first round election and the runoff tomorrow, the Senate candidates in Georgia have raised a total of $452,105,665. That’s nearly half a billion dollars for two seats.

Most of that money is going to produce and buy advertising on television, radio, digital and social media in and around Georgia.

The media barrage is relentless.

“The airwaves are literally saturated,” said Amy Steigerwalt, a political scientist at Georgia State University. “There are no other ads running on any show on any station right now.”

While the Democratic candidates have raised more from small donors, Republicans have the edge with outside spending by political action committees.

But Emory University political scientist Bernard Fraga said that with most minds already made up, it’s not clear how effective advertising will be.

“If, you know, there’s ever been a contest where it’s more about turning out the base instead of trying to persuade the other side, it’s this runoff election,” Fraga said.

Money is also being spent on grassroots “get out the vote” organizations like Stacey Abrams’s Fair Fight, but it’s harder to track how much.