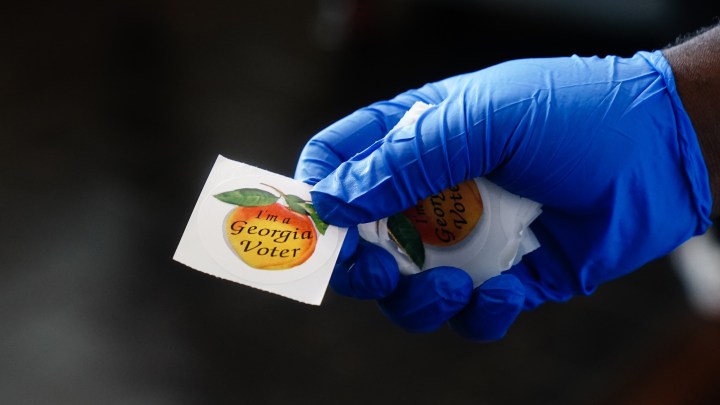 COPY
The runoff races in Georgia will likely focus on people who voted third-party in the general election. Elijah Nouvelage/Getty Images
Elections 2020

The runoff races in Georgia will likely focus on people who voted third-party in the general election. Elijah Nouvelage/Getty Images
Listen Now

We’re continuing to watch the ongoing Senate races in Georgia, where it’s looking like there will be at least one runoff race.

The results could end up determining the balance of power in the Senate. That means a lot of campaign money will likely be flowing in Georgia’s direction.

The stakes are so high in Georgia that candidates might raise more money than they can even spend, said Jeffrey Lazarus, political science professor at Georgia State University.

“Several hundred million dollars is a conservative estimate,” he said.

The candidates are likely to use that money to double-down on TV and online advertising, and on voter registration.

“Anytime there’s a runoff in the state of Georgia, it’s all about turnout,” said Scott Ainsworth, a political science professor at the University of Georgia.

He said that’s not easy. Enthusiasm tends to drop in runoff elections. And since many people already support a candidate, there aren’t a lot of undecided voters that campaigns can target.

He said candidates are likely to focus their advertising and get-out-the-vote efforts on people who voted for third-party candidates in the general election.