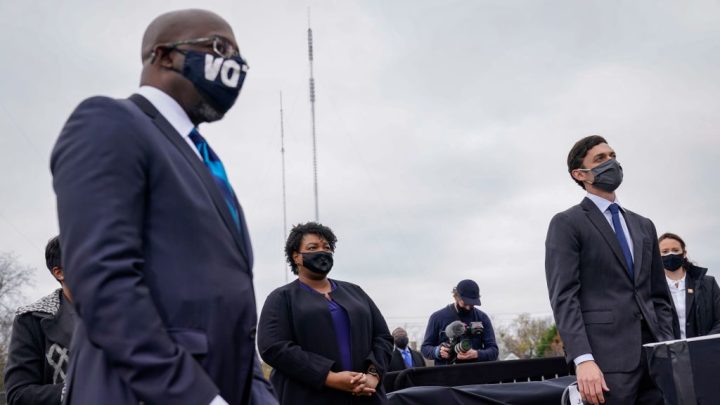 In Georgia, Democrats Raphael Warnock and Jon Ossoff have won of the Senate runoff elections, giving Senate Democrats a narrow majority and opening up the possibility of very different stimulus package than what might have passed had Republicans kept the chamber.

The bonds market heard this and reacted. The yield on the 10-year Treasury note rose above 1% for the first time since March, signaling a belief that government spending will soon increase under a more ambitious stimulus plan.

But do the bond markets agree with other economy watchers?

“I definitely think it’s a safe bet that we’re gonna have a significant relief package,” said Gbenga Ajilore, senior economist at the Center for American Progress. “Once Biden’s inaugurated, it’s more of a question of how large, as opposed to if or when.”

In particular, Ajilore is hopeful that people who have been left out of efforts in the past could see aid directed at them.

“I think we will see more of a focus on people of color,” Ajilore said. “There are more women of color in the House. We have Rev. Warnock, who is now going to be the first Black Democratic senator from the South. So having more people who understand the issues, that might push Congress and administration to focus more on communities of color.”

Tracy Gordon, senior fellow at the Urban-Brookings Tax Policy Center, anticipates some sort of funding provision for state and local governments, which has been a point of contention between Democrats and Republicans. For Gordon, it’s a necessary part of helping economies recover.