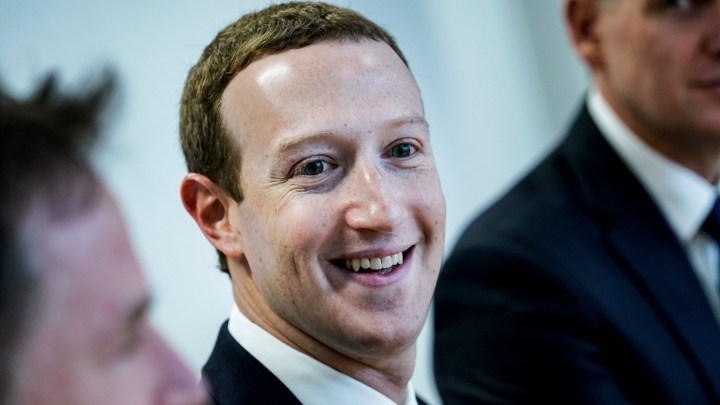 COPY
Facebook and Mark Zuckerberg, personally, have come under criticism from all sides of the political spectrum when it comes to policing content. Kenzo Tribouillard/AFP via Getty Images

Facebook and Mark Zuckerberg, personally, have come under criticism from all sides of the political spectrum when it comes to policing content. Kenzo Tribouillard/AFP via Getty Images
Listen Now

Marketplace’s Nova Safo has the latest. He spoke with “Marketplace Morning Report” host David Brancaccio and the following is an edited transcript of their conversation.

Nova Safo: It’s going to be rolled out here in the U.S., first to a few users, then to everyone, and it allows people to turn off all political ads so they won’t see them when they’re on Facebook. The company and Mark Zuckerberg, personally, have come under criticism from all sides of the political spectrum. Some want the company to do more to police the content on its platform, while others say it should take a hands-off approach. Now, Facebook is leaving it up to users when it comes to political ads, at least. They can decide whether they want to see any political ads or just turn them all off.

Brancaccio: So if a candidate lies, and you do nothing, you could still see the lie. And this may not satisfy critics?

Safo: It does not, and Facebook is hearing from both sides of the political spectrum this morning. First the NAACP, the Anti-Defamation League and several other civil rights groups want to apply financial pressure to get Facebook to moderate more of the content on its platform. They claim they’ve had little success in talks with the company.

Now they’re going after major advertisers. They want them to pull their ads from Facebook in the month of July to essentially hit the company where it hurts.

And The Wall Street Journal is reporting this morning that the Trump administration is set to propose legislation ⁠— which Congress would have to pass ⁠— that would strip away the so-called Section 230 protections that shield social media companies with regards to the content on their sites and how they choose to police that content.