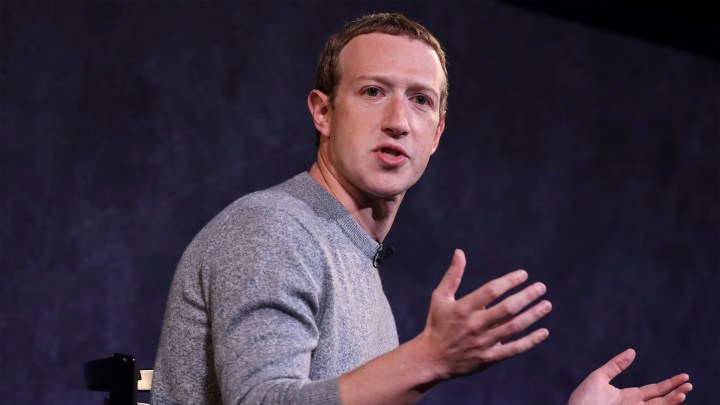 Facebook CEO Mark Zuckerberg said his social media company will start blocking a wider category of advertisements that contain “hateful content.” Facebook will also start labeling posts that it leaves up because it deems them newsworthy but that violate the rules. In another change, it said it will remove content from politicians that runs afoul of the new policies.

The move comes as Facebook has seen advertiser after advertiser boycott the platform for at least the month of July and sometimes longer. Verizon, Patagonia, the North Face, Eddie Bauer and Ben & Jerry’s are among major brands that have signed on to Stop Hate for Profit, a campaign led by civil rights groups. It asks major advertisers to reconsider their media spends.

On Friday, shortly before Zuckerberg held a town hall event to announce the new policies, giant advertiser Unilever said it would halt ads on Facebook and Twitter for the rest of 2020.

The new rules block ads that claim people from a specific race, religious affiliation, or immigration status, among other categories, are a threat to the “physical safety, health, or survival of others.”

“We’re also expanding our policies to better protect immigrants, migrants, refugees and asylum seekers from ads suggesting these groups are inferior or expressing contempt, dismissal or disgust directed at them,” Zuckerberg said.

Zuckerberg did not refer to the boycott when announcing the new policies. In fact, he said, “Many of the changes we’re announcing today come directly from feedback from the civil rights community and reflect months of work with our civil rights auditors.”

Facebook says it will also take steps to fight misinformation and disinformation that lead to voter suppression. The platform will use its Election Operations Center to remove any false claims about voting conditions in the 72-hour run-up to elections. It says it’s learning from fighting COVID-19 misinformation and will partner with local officials to figure out what information is real and what is potentially dangerous.

The platform will also ban posts that make false claims saying ICE agents are checking for immigration papers at polling places, which is a tactic used to discourage voting, Zuckerberg said. Facebook will remove posts that say things like “My friends and I will be doing our own monitoring of the polls to make sure only the right people vote,” which it says can be used to intimidate voters.

Facebook is a major player in online advertising — the largest after Google. Advertisers have stuck with the platform despite numerous scandals, including the Cambridge Analytica data leak. The platform has also faced calls to take action on President Donald Trump’s sometimes provocative posts, which it has always resisted. Facebook is simply too effective and affordable for advertisers to quit, according to Adweek. Until now.

“Money talks,” said Molly Wood, host of Marketplace Tech, who has been following developments on our Make Me Smart podcast. “This is the bare minimum of changes — as cosmetic as it gets — but it’s also a 15-minute turn from, we will never change our policies based on revenue pressure.”