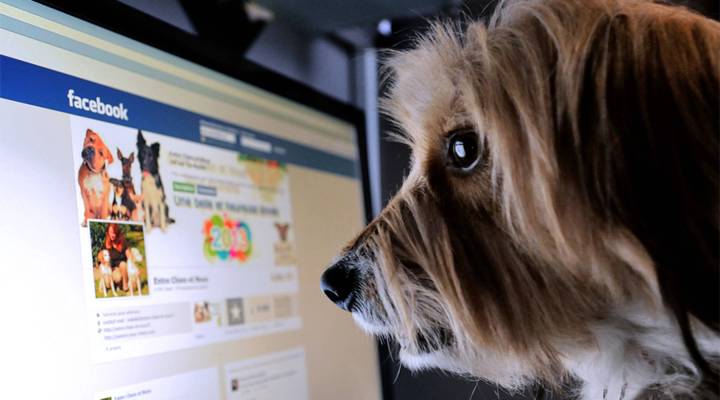 COPY
When it comes to user privacy, Facebook is trying to clean up its “data supply chain”: where the data comes from, who gets access to it and how it gets used. Denis Charlet/AFP/Getty Images
Marketplace Tech Blogs

When it comes to user privacy, Facebook is trying to clean up its “data supply chain”: where the data comes from, who gets access to it and how it gets used. Denis Charlet/AFP/Getty Images
Listen Now

You, or people you know, might have quit Facebook over the last year or so. But you know who hasn’t left? Advertisers. Facebook is still the second-biggest digital ad platform in the world, just behind Google. And in 2018, a lot of us realized just how Facebook uses our posts, our connections, photos, location, the quizzes we take, to help advertisers target us. But there have been changes. The past year for Facebook brought the Cambridge Analytica scandal, new privacy rules in Europe and days of getting yelled at by Congress. Now Facebook says it’s trying to clean up and streamline what it calls the “data supply chain,” meaning where the data comes from, who gets access to it and how it gets used. Molly Wood talks about it with Mark Rabkin, vice president of ads and business platform at Facebook. The following is an edited transcript of their conversation.

Molly Wood: Can they then combine their own data with your data, though, to target on Facebook? I mean, what access do they have to the data that I am contributing to Facebook as a user?

Rabkin: So all ads that run on Facebook can utilize Facebook data. But they do so in privacy-safe way where that data never leaves the Facebook walls. Basically the advertiser can say, ‘Here’s my best customers, I’d love for you to deliver an ad to them.’ And then from that list of best customers, Facebook uses its data to pick and choose what time of day, who, in what moment to make those ads more relevant and more exciting to people. But the data doesn’t really flow back and forth that much.

Wood: I think that is a misconception then, because Facebook often says, truthfully, we don’t sell data. But I think there is a sense that advertisers who use the platform can then take that data that they get from Facebook profiles and go off and use it in future targeting.

Rabkin: Yeah, absolutely not. And in fact we have every system designed from the ground up to make sure that doesn’t happen. My prediction is that by the end of this year, compared to last year, people will actually have a lot more comfort with data use online because they will be more aware of it, it will be less new and surprising. Surprises are always a little scary. I think every business right now is trying to form a really clear data strategy that will take them into 2019 and beyond.