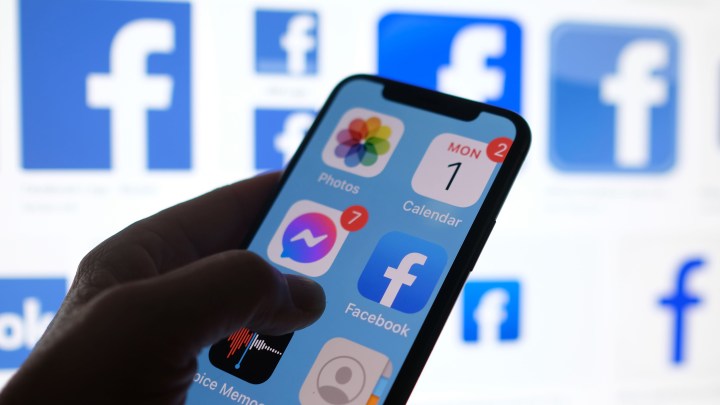 COPY
Apple has been talking about this change for seven months, and companies reliant on online advertising, like Facebook, have said their profitability could take a hit. Chris Delmas/AFP via Getty Images

Apple has been talking about this change for seven months, and companies reliant on online advertising, like Facebook, have said their profitability could take a hit. Chris Delmas/AFP via Getty Images
Listen Now

The day some users welcome but online advertisers dreaded has arrived. Apple’s new privacy feature for iPhones and iPads has started rolling out when you update the unit. It’s a feature that has, for starters, pitted Apple against Facebook.

Apple’s privacy feature requires apps that track users’ activities across the web to get their express permission before doing so. A pop-up window asks users to opt in to be tracked.

Apple has been talking about this change for seven months, and companies reliant on online advertising have said their profitability could take a hit. Most notably, Facebook has taken out full-page newspaper ads arguing against the change, saying the move will hurt small businesses that depend on Facebook’s targeted advertising.

Facebook also says Apple is just trying to nudge more free apps away from an ad-based model and into charging their customers, so Apple can get a cut of those fees.

Apple counters that it’s simply looking out for its users’ interests, and less tracking might even reduce the echo-chamber effect, when people are served up more of the same articles, videos and the like in order to show them more ads.