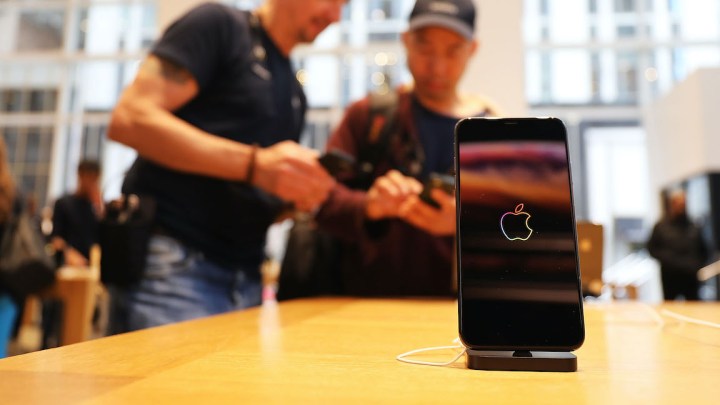 COPY
This change means apps won’t be able to collect as much data about mobile users or sell it to advertisers. Spencer Platt/Getty Images

This change means apps won’t be able to collect as much data about mobile users or sell it to advertisers. Spencer Platt/Getty Images
Listen Now

Apple launched a slew of new products today, including an updated version of its mobile operating system with a highly anticipated new feature: App Tracking Transparency. The system will ask users, every time they download an app, if they want to be tracked by its advertisers.

Right now when Apple users download an app, it adds the equivalent of a browser cookie, which tracks everything you do. That helped kickstart a whole industry of targeted advertising, which users can opt out of –– just not many people do. It can be an effort to dig into your settings (that’s if you know how to do it).

The new feature requires users to opt in; a dialogue box will pop up asking for permission to track.

“It turns out what should be a small thing, makes a very big difference in behavior,” said Eric Johnson, a marketing professor at Columbia Business School. He’s found moving to an opt-in model will change what between 20% and 30% of consumers do. “And I suspect in privacy, where people don’t understand exactly what’s going on, that effect will even be bigger,” said Johnson.

That means apps won’t be able to collect as much data about mobile users to sell advertising –– one big app in particular, said Eric Schmitt, an analyst with Gartner.

“Facebook’s business is of course, largely advertising; when the service is free, you’re the product, and Facebook customers are the product that is sold to advertisers,” Schmitt said.

Facebook fought the change, even taking out a full-page ad in The Wall Street Journal last December criticizing Apple for hurting small businesses that rely on its targeted advertising.

Even if Apple alienates some app makers, it’s burnishing its credentials as a brand that cares about privacy, according to analyst Neil Cybart with Above Avalon. “When you’re selling paid services, or iPhones, Apple watches, iPads, the business model matches this idea of, ‘Well, we’re not going to necessarily monetize your data, we are going to come up with an experience that you are willing to pay for,'” Cybart said.