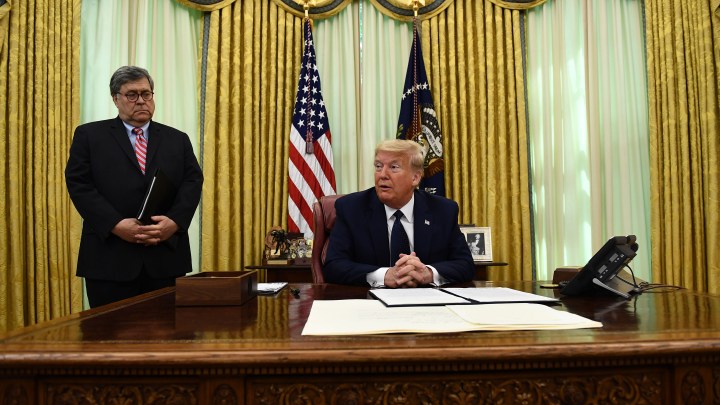 COPY
The executive order could lead to uncharted territory on the internet, where platforms either over- or under-censor everything. Brendan Smialowski/AFP via Getty Images

The executive order could lead to uncharted territory on the internet, where platforms either over- or under-censor everything. Brendan Smialowski/AFP via Getty Images
Listen Now

After Twitter this week put fact-check links on some of President Donald Trump tweets, the White House has now responded with an executive order to try to remove some legal protections for social media companies. These are a piece of a 1996 law, called Section 230 of the Communications Decency Act, which politicians and some activists have long sought to change.

Section 230 is one of those things that made a lot of sense when it first came about, when the internet was very new. If you were a website that had comments or let people post pictures, you could be sued out of existence if one of those things was copyrighted or defamatory.

Without Section 230, the internet as we know it would not exist, and that’s not an overstatement. Google, Tumblr, MySpace, Facebook, Twitter and YouTube all depend on this protection to build their business models.

Jeff Kosseff, who wrote a book about Section 230, says we have no idea what the internet might look like without this regulation.

Platforms might either censor everything for fear of getting sued, and that would undermine the free speech argument that’s part of this executive order.

Or, platforms might just say we’re not touching anything, for fear of getting sued, and then the free speech problem that these platforms have been trying to moderate would get completely out of hand. You can expect lawsuits to try to block the new executive order.