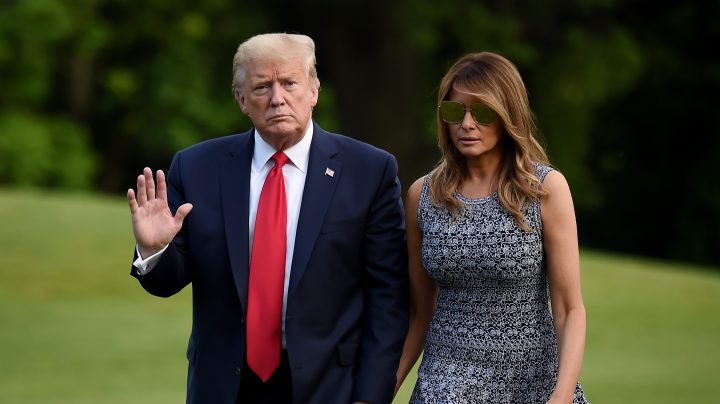 David Brancaccio, Kristin Schwab, and Alex Schroeder May 28, 2020
Heard on:

David Brancaccio, Kristin Schwab, and Alex Schroeder May 28, 2020
Heard on:

“For a long time, Trump has criticized social media platforms for bias against conservative voices,” Marketplace’s Kristin Schwab said. “That came to a head on Tuesday when he tweeted a series of unproven statements about mail-in voting fraud.”

Twitter flagged these with a blue tagline that says, “Get the facts about mail-in ballots.” When you click on it, you’re directed to stories by the very news outlets Trump rallies against, like CNN and The Washington Post.

David Brancaccio: What’s the executive order expected to do?

Kristin Schwab: A draft of the order shows it would require the Federal Communications Commission to clarify parts of the Communications Decency Act. That’s a law that excuses platforms from liability for what users post. And it would take a particular eye to whether platforms editing posts, including features like Twitter’s fact-checking flag, means they forfeit those protections.

Brancaccio: And how would this be policed?

Schwab: Trump wants the Federal Trade Commission to create something called the White House Tech Bias Reporting Tool, so users can report cases of censorship, sort of like the buttons you use to flag abusive content on these platforms. Those complaints would be submitted to the Department of Justice and the FTC.

Brancaccio: Would these rules apply to the president’s tweets, too?

Schwab: Yeah that’s part of the irony here, that it would make platforms responsible for everyone’s posts, including his. The other thing is that Trump is accusing Twitter of censorship, but in many ways this infringes on free speech itself. But we’ll see if this order becomes a reality. It’s expected to be challenged in court. We’ll know more when we see the final order.