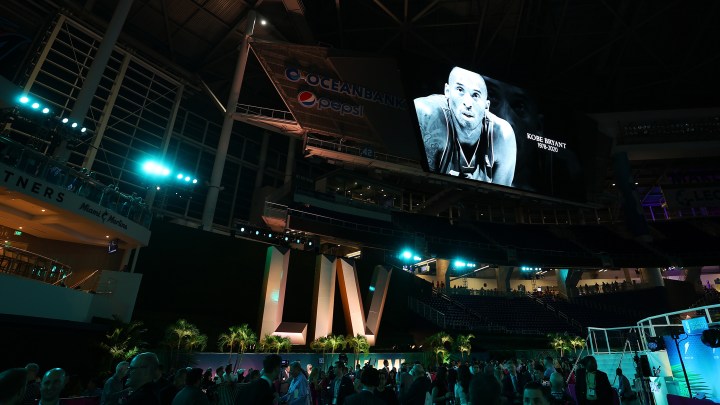 Super Bowl Sunday marks a highly anticipated day for advertisers, as they attempt to sell their brand to viewers during a game that has historically turned out audiences near or above 100 million people. This year, advertisers paid as much as $5.6 million for just 30 seconds of airtime. But following the death of former NBA star Kobe Bryant, his daughter and seven others, many brands temporarily paused their big marketing push ahead of the game.

Last week, the company released an ad of Mr. Peanut’s death after a violent car accident, in anticipation of a planned 30-second Super Bowl spot that centers on Mr. Peanut’s funeral.

A brand statement made on Monday cited by The Washington Post read, “We are saddened by this weekend’s news and Planters has paused campaign activities, including paid media, and will evaluate next steps through a lens of sensitivity to those impacted by this tragedy.”

The statement goes on to say that no changes are planned for their Super Bowl spot. This comes as brands, such as Hard Rock and Genesis, shared they will be removing particular scenes from their Super Bowl ads that may appear insensitive.

Jeanine Poggi, senior editor for Ad Age, sat down with Marketplace’s David Brancaccio to discuss Planters’ marketing dilemma and what else to expect come Super Bowl Sunday. Below is an edited transcript of their conversation.

David Brancaccio: We have Kobe Bryant’s death. That’s affecting the ads that would normally run ahead of the Super Bowl?

Jeanine Poggi: A couple of advertisers who had plans to release their full spots on Monday decided with all of the news around Kobe Bryant, to postpone their marketing around the Super Bowl and push it until later off in the week to not get in the new cycle of Kobe Bryant.

Brancaccio: Also, maybe as a sign of respect, not just selling stuff during a difficult time.

Poggi: Yeah, it’s kind of hard to put out like a funny commercial to buy chips and soda and all of that when there’s this horrific tragedy.

Brancaccio: So which brands did you come across that are stopping, temporarily, their advertising?

Poggi: Avocados From Mexico, Pop-Tarts, Olay. They originally had plans to release their ads on Monday. They decided to shift later in the week. I think the big one that we are paying attention to is Planters, which killed off its spokesnut Mr. Peanut.[…] Last week they pre-released a spot showing him fall in a fiery car crash and die. And they’re planning on hosting his funeral during the Super Bowl. Right now, they paused all their online marketing, but they say, currently, it still plans to air this funeral ad. I think it remains to be seen, and I’m sure there are plenty of conversations taking place this week. But that’s one that could potentially — their actual creative — be impacted by all of this.

Brancaccio: I know it’s a bit of a transition here. But what else are we going to see for the ads for the Super Bowl? What’s on your radar?

Poggi: Lots of humor. I think that we’re going to see a lot of Super Bowl advertisers try to be lighthearted and make some jokes.

Poggi: It’s so hard. Hard humor, you know. It really is meant to poke fun at things. So I think it’s really hard to be funny in the current mood of the country.

Brancaccio: We also have a hummus commercial from Sabra.

Poggi: They have their first Super Bowl commercial and […] they showed a couple of teasers for the the spots, which bring together “The Real Housewives of New Jersey,” two drag queens from “RuPaul’s Drag Race,” rapper T-Pain, that are all suppose to culminate in this one commercial.