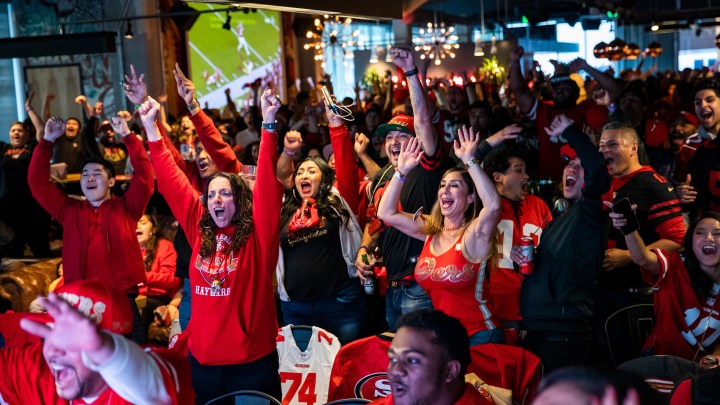 COPY
Fans react while watching the Super Bowl on Feb. 2, 2020. The next Super Bowl will be much different, and advertisers know it. Philip Pacheco/Getty Images

Fans react while watching the Super Bowl on Feb. 2, 2020. The next Super Bowl will be much different, and advertisers know it. Philip Pacheco/Getty Images
Listen Now

So far, the Super Bowl is scheduled for February. And while the NFL teams make their final push, this is also the time when companies are usually busy creating ingenious multimillion-dollar advertisements to sponsor the big game.

Not this time around. Many companies are wary of investing that kind of money in an event during a pandemic that will almost certainly mean cancelled viewing parties, only 20% of fans in the stadium and possibly lower TV ratings (if the rest of this NFL season is any indication).

There are reports that CBS hasn’t even been able to fill all of its usually coveted advertising spots. “Marketplace” asked CBS for an interview but the network did not respond by airtime.

The commercials are always a big draw, like this 2020 Super Bowl ad, which featured celebrities, like Megan Thee Stallion and Scary Spice, dipping into some creamy Sabra hummus.

To air such commercials costs millions — reportedly, around $5.5 million for every 30 seconds, and that does not include production costs.

This February may be a whole different game. With the pandemic is raging on, there is even concern over whether the Super Bowl might be delayed. Plus, all that social distancing means fewer fans in bars and at parties.

This has some advertisers dropping out. Like Sabra and Avocados from Mexico (which has had Super Bowl commercials for the last six years). And carmaker Hyundai said it’s on the fence.

Broadcasters tend to be cagey about price tags and numbers, but CBS reportedly has not sold out its 2021 Super Bowl ad inventory. That is unusual for this time of year, said Tim Calkins, professor of marketing at the Kellogg School of Management at Northwestern University.

“So last year Fox announced in November that they’d sold out the Super Bowl. This month, at least CBS has said that they’ve sold 75% to 80% of the spots, which tells you they are way behind last year,” Calkins said.

Calkin added there is a lot of concern over tone among advertisers. Over 300 million Americans have died of the virus; millions of Americans are unemployed; companies are laying workers off.

Saleem Alhabash, professor of advertising and public relations at Michigan State University, agreed: “Some of these conversations are happening in boardrooms. What is our ethical responsibility? Is this the best use of our money at this particular moment in time?”

Even if booking spots is delayed a bit, CBS will be just fine, according to Ross Benes, an analyst at eMarketer.

“There are thousands of advertisers out there. And there’s a finite number of ad slots shown in the Super Bowl,” he said. “So even though it’s very expensive, there’s going to be others who are willing to take up that inventory.”

Long-time advertisers like Anheuser-Busch and Pringles will still be running commercials in Super Bowl LV. 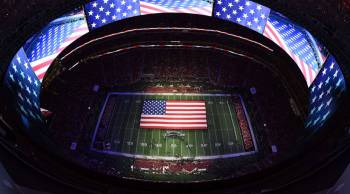