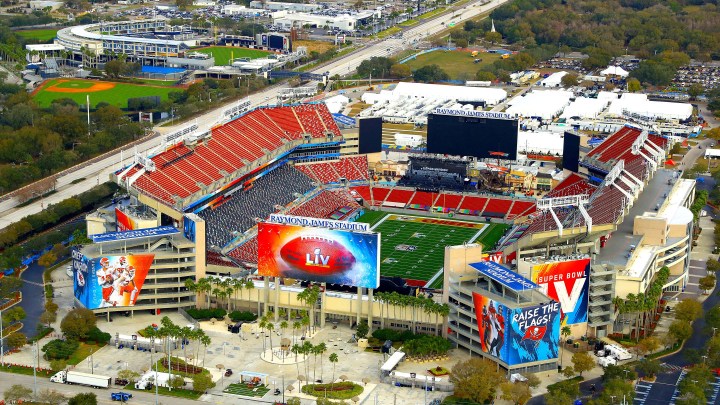 Super Bowl LV is nearly here, but like many other events during the pandemic, it’ll look a lot different. And that includes the ads aired throughout the game, with major brands now known for their Super Bowl spots sitting out.

After 37 years of airing Super Bowl spots, Budweiser will skip the big day this year. Anheuser-Busch, Budweiser’s parent company, will instead direct the money toward COVID-19 vaccine awareness efforts. Hyundai, Audi and Avocados From Mexico have also chosen to stay on the sidelines for this Super Bowl. And for the first time since 2000, both Pepsi and Coke won’t air spots for their namesake sodas, according to AdAge. Pepsi will still sponsor the halftime show.

Other companies, however, are making their Super Bowl debuts, with some looking to boost brand awareness after a surge in business amid the pandemic. The list of Super Bowl newbies includes online freelancer platform Fiverr, online car company Vroom, trading app Robinhood, DoorDash and Scotts Miracle-Gro.

And what do viewers want to see from the ads themselves? Well, they want to laugh. “Humor is expected to play the biggest role in Super Bowl commercials,” said Jeanine Poggi, senior editor at AdAge. “Of course, it’s always played a big role in Super Bowl commercials. So it’s not a surprise that we’ll see brands leaning into lighthearted humor, especially after the year that we’ve had.”

Poggi spoke with “Marketplace Morning Report” host David Brancaccio about why some brands are sitting on the sidelines and what people can expect to see from Super Bowl ads after a difficult year. The following is an edited transcript of their conversation.

David Brancaccio: Here’s an interesting choice, we’ve been doing some coverage: Budweiser — I mean, Budweiser — is not gonna run a Super Bowl ad this year?

Jeanine Poggi: No, after 37 years, first time in 37 years, that Budweiser won’t have a Super Bowl ad. You know, Anheuser-Busch, the parent company, still well represented in the game with Bud Light, Michelob Ultra and some of their other brands. But the Clydesdales and puppies that we all wait for will not be in the Super Bowl this year. Instead, they are using the money that they would spend for the Super Bowl ad, they’re donating to the Ad Council to help with their efforts around COVID-19 support.

Brancaccio: What do you think about that, Jeanine? Is that PR? Is it altruism? How do you parse that?

Poggi: Yeah, you know, it’s interesting. It’s an interesting time for the Budweiser brand itself. I think a part of it is simply the company thinking about their ROI and thinking, what makes the most sense, where should we invest? Should we put more money in our Budweiser brand, which hasn’t been doing as well, as opposed to more money in our Michelob Ultra and Bud Light brands, which are doing better? So I think that that’s certainly a part of it. I do think that they’ve been doing more in 2020 as a brand around social justice and other social issues. And I think that this is sort of looking to accelerate some of that. Sort of saying, let’s put our money where our mouth is. So I think it’s probably a combination of both, moving along and going forward with some of the efforts that they’ve laid out earlier in 2020. And then also, just from a business perspective, what makes the most sense.

Brancaccio: Now, we mentioned Budweiser, not advertising in the Super Bowl, but, I mean, Coke and Pepsi too?

Poggi: Yeah, so Coke and Pepsi both won’t air spots for their flagship brands. Pepsi will still have an investment in the halftime show. And they also have spots for some of their other brands in the portfolio. But the, you know, classic cola brands won’t have in game ads this year. Hyundai is sitting out of the game. Audi is sitting out of the game. Avocados From Mexico is ending its six-year streak. So there are definitely some brands that we’ve gotten used to seeing over the years that won’t have a presence in the game this year.

Brancaccio: But similar reasons for Coke and Pepsi, as we heard for Budweiser? I mean, they’re just doing some reevaluation of the brands? Or is it just they’re not thinking the Super Bowl’s going to work for them this year?

Poggi: That’s the message that they’re going out with, about reevaluation. Avocados From Mexico said they want to use 2021 as a year to reinvent themselves. Coke is evaluating the best resources to go where. I do think that’s sort of the similar tone that we’re hearing. There was also a lot of uncertainty heading into 2021. And, you know, you have to remember that Super Bowl ads are created months and months in advance. And the ideas and creation and production often happen six months, perhaps, ahead of time when you’re starting the process. So when many brands would have been starting the process to create these ads, there was a lot of uncertainty — would the Super Bowl even happen? So I think that also played a factor in making the decision of whether or not it made sense for any given brand this year.

Brancaccio: Now, there’s been some interesting polling about what we want out of the ads on Super Bowl Sunday here. I mean, given everything that we’ve been through, from pandemic to politics to divisions in society, I’m not sure I can have my heartstrings pulled by too many emotional ads. But what does the wider population expecting here?

Poggi: Humor is expected to play the biggest role in Super Bowl commercials. Of course, it’s always played a big role in Super Bowl commercials. So it’s not a surprise that we’ll see brands leaning into lighthearted humor, especially after the year that we’ve had. I think brands, in particular, find it their responsibility to entertain people this year. I’m sure you’ll see a few of those ones that will inevitably make you cry. But I think for the most part, the Super Bowl advertisers that we’ll see will really be looking to lighten up the mood and go after laughs.

Brancaccio: But it’s also, since the last Super Bowl, been a year where there’s renewed attention to social justice issues, right? You think that’ll be reflected in the Super Bowl, given the fact that polling says just make me laugh?

Poggi: Well I think that any brand that’s running an ad in the Super Bowl would be really missing the mark if their diversity and inclusion practices were not thought about in the creation and production of their ads. That doesn’t mean that the brands need to have a social message. I think really what we are looking for, what the ad community is looking for, what the nation’s looking for, is more representation in ads. So you can have a humorous ad that doesn’t touch upon politics or social justice or any of those things, but still be representative of diverse groups and cultures.

Brancaccio: In other words, it’s one thing to talk about something in an ad or address something directly in an ad, but it’s something else to actually live the talk, right?

Poggi: Absolutely. The message when you feature different groups of people doesn’t need to be about those groups. It could just be a party scene and making sure there are different groups represented. It’s much more than just casting. It’s also thinking about the people who are actually working on the ads, behind the scenes, behind the camera, and making sure that you actually have diverse people making the ads so that there’s an authenticity to them.