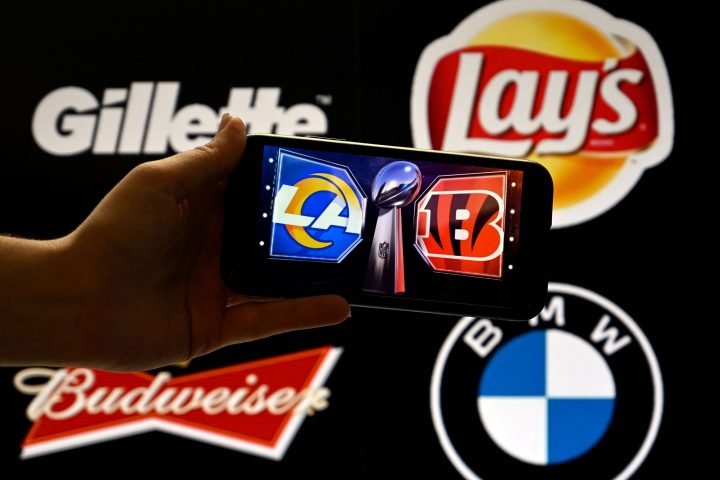 COPY
The Super Bowl is a major event for brands. Photo by OLIVIER DOULIERY/AFP via Getty Images

The Super Bowl is a major event for brands. Photo by OLIVIER DOULIERY/AFP via Getty Images
Listen Now

Obviously, Super Bowl Sunday is a big day for all the football fans out there, but it’s also a major event for brands. The game marks a sort of Super Bowl of its own for companies running ads, with an opportunity to catch the attention of the millions upon millions watching. So as the Cincinnati Bengals and the Los Angeles Rams face off, what can we expect to see from brands taking part in the action?

“Marketplace Morning Report” host David Brancaccio spoke with Jeanine Poggi, editor at Ad Age, about this year’s Super Bowl ads. The following is an edited transcript of their conversation.

David Brancaccio: So NBC’s sold out for these things. But besides the game, what’s going to happen to us on Sunday? We’re going to get cryptoed and metaversed and piled with NFTs or something?

Jeanine Poggi: We are going into virtual worlds in the Super Bowl. We’re going to start seeing brands really adopt these new forms of marketing. You see, like Bud Light featuring a cameo of an NFT in its Super Bowl ad. There are plenty of references to the metaverse. Salesforce is poking fun at the concept among others. I think probably you’ll be able to play a fun drinking game every time someone says crypto, metaverse or NFTs. But we’re definitely moving in that direction. I think you’ll see some fun forms of innovation in the game.

Brancaccio: Now, we had talked about this a year ago, at the height of pandemic advertisers stepped gingerly as they were trying to be funny during the Super Bowl. I mean at a time of sickness, death and lockdown. With infection rates down, is funny going to be back on Sunday?

Poggi: Funny will be back on Sunday. You know right now, I think there’s so much fatigue that brands really just want to use the Super Bowl as a place to bring entertainment. Perhaps some laughs, make it a fun atmosphere. You’ll see very, very few really go that sentimental route.

Health and wellness make an appearance

Brancaccio: And as we sit there watching the screen with our mouths full of saturated fat and a week’s worth of salt, they’re going to try to sell us wellness?

Poggi: Yeah, I mean look, what better time to think about hitting the gym than when you’re stuffing your face full of potato chips? No, but seriously, wellness category, even amid the pandemic, we’ve just seen an explosion in marketing around these types of brands. Ones that are promoting, you know, mindfulness, things like that, amid COVID and just physical and mental well being. So that kind of trend is carrying into the Super Bowl, which is definitely a new one for the game. Like you said, it’s really a place for chips and pizza and all those things. But we will see an ad from Planet Fitness that, you know, sort of promotes getting to the gym. Be like Lindsay Lohan, who turned her life around by going to the gym, is the Planet Fitness ad.

You want to watch a commercial?

Brancaccio: And we should remind ourselves, right, in this era of the media landscape being so fractured, that people can be watching who knows what streaming service or not watching anything at all, listening to a podcast, the Super Bowl is one of the few places where people gather in real time.

Poggi: It is and it’s one of the few places where people are watching commercials. You know, when you watch all of these streaming platforms, a lot of them are not even ad supported. So people are actually watching the commercials, they can’t skip the commercials. And even bigger, they want to watch the commercials, which I would venture to say is probably the only time that’s true at this point in time. So it’s a big day for brands who are just eager to have people actually engaged with their creative.

Brancaccio: We can and have been talking about the content of the Super Bowl ads. But we’ve also been tracking what the advertising industry has been doing inside of the industry itself to take seriously the renewed energy in the social justice movement over the last say year and a half. Now, Jeanine, you’ve done some systematic tracking of this.

Poggi: Yeah. So over the last couple of years, we started back at least several years ago, tracking women and men starring in featured roles in Super Bowl commercials. And over the last couple of years have also been looking at how people of color are featured in Super Bowl ads. So right now, we actually went out this year and asked every advertiser who has a national spot in the game, various questions around casting, who’s working in front of and behind the camera, to get a representation of how brands are really prioritizing diversity, equity and inclusion in the creation of their spots. (Click here to view Ad Age’s full report).

Brancaccio: So first of all, in starring or featured roles within the ads, what we see at home, what will we see for diversity?

Poggi: So we’re seeing things pretty much on par with last year, that doesn’t seem to be a ton of upward movement.

Brancaccio: What about leadership behind the camera? You also asked, who are the directors?

Poggi: It’s a really important question, because obviously, in order to have ads that are reflective and what you see as the final product, you need people behind the scenes who are working on these ads to be representative of the communities they’re trying to speak with. You know, representation behind the scenes too, when you speak to a lot of these brands, one of the barriers in terms of talking about who’s working on their productions, who’s working on their agency side, what does representation look like there is just the way the data is reported. You know, for various guidelines and purposes you can’t necessarily ask people to self identify, and as a result, the data is just really lacking. So as we talk about what kind of progress you can make as it relates to representation and advertising, without that data there it becomes really hard to even measure progress.

For the ruthless marketers

Brancaccio: Now, diversity, equity and inclusion are worthy ends in themselves. But, you know, ruthless marketers listening may also wonder about whether diversity in the ads in the Super Bowl and in the production translates to people buying the product or service advertised at greater rates. What do you think?

Poggi: Ultimately, you just look up at the makeup of America and the people who are watching the Super Bowl, and people want to see themselves on screen, they want to be understood and they are attracted to brands that are doing it right. And we are seeing a couple of brands this year who are really doubling down and going full force and trying to be more representative. We see Google in particular, their ad, which is promoting their Real Tone camera feature in the Pixel 6, which is to talk about representation in photography, and how historically, photographs and cameras were not made to adapt to various skin tones. So they actually tapped a wide, diverse range of people to feature in their spot, including Lizzo, who is singing a song for their spot, and they are really leaning into representation in their commercial. Also Hologic, this med-tech firm that’s focused on women’s health, behind the scenes, all of the key players from production to the creative agency to the director were all either women-owned companies, the director is a Black woman. So they are really leaning into that representation. Their spot stars Mary J. Blige, to talk about women’s health and the need to prioritize you know, general physical wellness. So there are some brands who are doing it right. I think right now, though, for the most part a lot are sort of saying they believe this, that they are making statements that they support diversity and inclusion, but have very little real details to disclose.