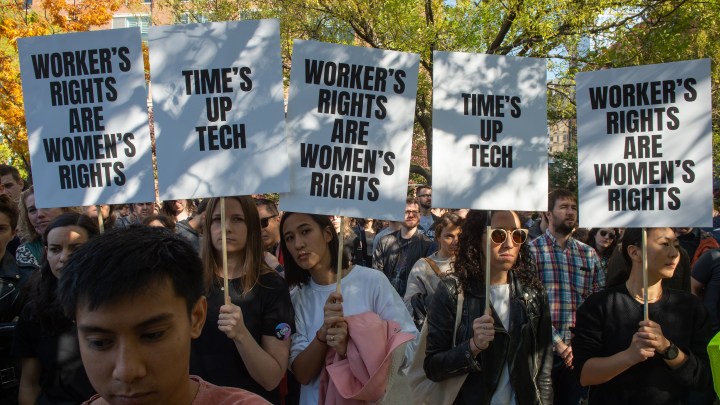 The last decade in workplace culture can be viewed through the lens of the recovery from the Great Recession and its uneven benefits: while some highly skilled and highly paid workers enjoyed the security of the longest economic expansion in modern history, other workers never regained benefits and pay that eroded during the Great Recession.

Employee activism: The relative security and high demand for workers in industries like tech, coupled with increasing political expression in the workplace, spurred employees to speak out and organize on issues from sexual harassment to climate and immigration policy. Will workers continue to take bold action if the economy softens?

Labor losses and gains: Labor unions continued their decades-long drop in membership but made some gains, particularly in industries that have not traditionally been unionized, like media. The year 2018 saw the highest number of striking workers in decades, helping to drive up public opinion of labor unions. While tech workers, with their ample salaries and benefits, have historically been unlikely allies to labor unions, contractors at Google in Pittsburgh voted to unionize and Google has hired a firm known for anti-union work. Democratic politicians are finally pushing for a new kind of unionization, sectoral bargaining, that would include more workers.

Gig economy: The Uberization of most everything took effect over the last decade, disrupting industries from transportation to construction and giving a new buzz word to a growing trend: work decoupled from full time employment, offering more flexibility but less security and benefits. While the prevalence of independent contractor “gig” workers has been disputed, anxiety over the trend came to a head in 2019 in California, where the state passed a sweeping law, AB 5, that could strike the very heart of the gig economy by forcing companies like Uber, Lyft and DoorDash to reclassify its drivers as employees.