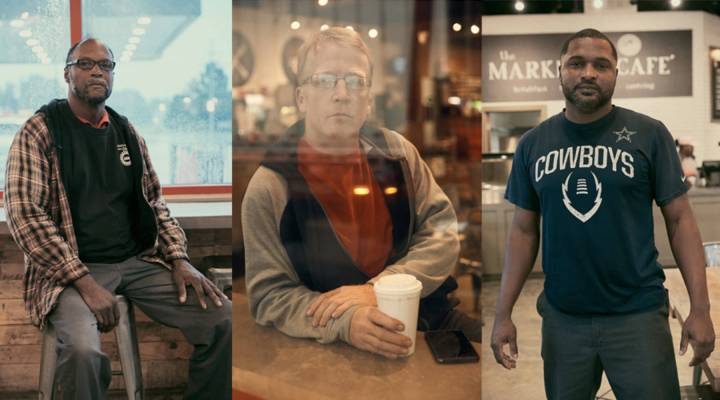 Bought a vehicle lately? Ever wonder who assembled it? It turns out that on factory lines across the country, temporary workers are welding, testing and operating machines alongside permanent auto workers — and in many cases making half the money. For them, “temp” does not necessarily stand for temporary; in this context it can mean perma-temp status.

“There’s some people got seven or eight years on them and still under temp status,” says night-shift line worker Eric Hearn, who spent two years as a contracted temp before graduating to permanent worker status.

Canton, Mississippi is about 25 miles northeast of Jackson and is home to nearly 13,000 people.

“It’s not unique to Nissan,” explained Rodney Francis, human resources director at the Nissan  Canton, Mississippi plant. “This is accepted and standard practice across the industry.” Even at assembly plants in the upper Midwest with unionized workers, labor contracts contain specific clauses allowing for temp workers on the line. The dependence on non-permanent workers is baked into the business model of U.S.-based automakers, according to auto industry officials, consultants, academics and union leaders. The practice is also not limited to the auto industry, Francis points out.

To many labor economists, companies’ reliance on contract workers extends far beyond the factory sector and has become a long-term trend. They detected a structural change in employment and corporate strategy that began decades ago, but was amplified by the Great Recession and the recovery that followed.

One study widely cited by labor economists finds that most new jobs created in the past decade were those categorized as “alternative work,” as in temp, on-call, contract and freelance gigs. Another study finds that as many as one in three adults works a “non-standard” gig to get by.

The use of temps is neither new nor novel, and dates back to postwar America. In 1946, the emergence of the temp worker began with a phenomenon known as “the Kelly Girl.” From a small office in Detroit, William Kelly started up a company supplying female workers to area firms that needed typing and accounting services. As the trend took off, the firm rebranded itself Kelly Girl Service, and “Kelly Girls” were marketed as low-maintenance, inexpensive help.

“The Never-Never Girl,” is how the company described its worker in a 1971 industry journal. This worker “never takes a vacation or holiday. Never asks for a raise. Never costs you a dime for slack time (When the workload drops, you drop her.)”  Over time, these workers became far more essential. Contract employees who’d been consigned to the fringes of company life got hired on for more essential, core functions, said David Weil, labor market scholar and dean of the Heller School for Social Policy and Management at Brandeis University. Weil headed the wage and hour division at the Labor Department under President Barack Obama, and is the author of “The Fissured Workplace: Why Work Became So Bad for So Many and What Can Be Done to Improve it.” By “fissured,” Weil means fractured and weakened.

“Now we see in industries like hotel where the people who clean rooms are often working for staffing agencies, and doing what’s a pretty core function of hotel service,” Weil said. “We’re even seeing higher skilled jobs, higher wage jobs where even those are drawing upon a workforce that doesn’t get the same benefits, is typically getting low wages, doesn’t have the job security.”

In the past, Weil argues, the use of temp workers was largely cyclical. Companies would employ contract help when business was dicey, but when things turned up they’d hire on permanent staff to lock in the best talent. But the Great Recession and recovery may have changed things. As Weil interprets the data, when the economy finally came back this time around, the hiring of full-time employees surprisingly did not. The farming out of work may be a permanent feature of today’s modern economy.

“As the economy did recover, a lot of these businesses I think started to say ‘Hey, I think this is pretty cool, I’ve shedded a lot of the kinds of headaches of employment,’” Weil said. “Norms changed. People’s notions about ‘what should I be expected to do for this workforce?’ I think those shifted.”

That shift is evident at the Nissan plant where the difference in pay between permanent and temp workers is stark. The longest-serving Nissan factory workers with more than a decade’s experience make $25 per hour, according to several interviews with current and former assembly line employees. (Nationally, the average hourly wage for motor vehicle plant workers in September 2018 was $27.64). Workers say that’s far more than the $14-17/hourly wage for non-permanent plant workers employed by Nissan’s main contract staffing agency, Kelly Services (of Kelly Girl fame). Many contract workers have years of experience at the same exact assembly line.

A loss of job security

Perhaps the biggest thing temps don’t get: long-term job security. During the Great Recession, they were the workers taken off the Nissan factory line when auto sales plummeted. To many job market analysts, this is a new reality for entry-level autoworkers, one where work is more fragile and precarious than in generations past.

Like many autoworkers across the country, every entry-level hire at the Nissan plant receives his or her paycheck from a farmed-out staffing firm that makes no guarantee of permanent work, according to Nissan and one of its local staffing firms, MINACT Incorporated.

“Our hiring activity is driven by the needs of Nissan,” said Jacqueline Beasley, human resources vice president of MINACT. “Basically they will give us an order, so to speak. A job order to say ‘we need to bring in — hypothetically — 10 additional technicians.’ So we will then start to recruit those.”

Francis explains this structure lets workers prove themselves worthy of permanent status: “They spend six months working and then after six months they’re eligible for conversion after we do an evaluation.”

But plant worker Antonio Ivy, a former temp worker who became permanent after two years, saidsuch promotions are now hard to get. Company supervisors rate short-term hires regularly on a 15-point scale, to determine if they have what it takes, current and former temps tell Marketplace.

“It depends on your score,” Ivy said. “If you don’t score high today on the criteria, you’ll end up two, three, four years before you become permanent.”

Ivy, 40, now makes $22 an hour and qualifies for full Nissan benefits: health insurance, retirement plan, an option to lease a Nissan vehicle at a discounted rate. He commutes more than 100 miles to work the night shift, leaving him scarce time at home with his wife and three children. “I drive two hours one way,” Ivy says. “It’s been hard at times, but I make do. I’m mostly on the road, you know. That’s the sacrifice.”

“The auto industry has been known for quite a while to be a pretty heavy user of temporary services,” said labor economist Susan Houseman, vice president and research director at the W. E. Upjohn Institute for Employment Research in Kalamazoo, Michigan. “It would not be unusual for 20 to even 30 percent of the production line to be temps.”

Houseman maintains regular contract with auto firms in Michigan, and said automakers maintain “target percentages” of contract workers in their plants. The key reason, in her view, is not simply to cut labor costs but provide a labor-force shock absorber when business goes up and down.

“It makes it easier to flex up their workforce when they need more workers,” she said. “And then when demand drops, they lay off their temps first, and hold onto their core workers.”

Upjohn Institute research found the trend was particularly pronounced during the Great Recession of 2007-2009. While overall employment in the economy fell about 5 percent, temp help jobs plummeted 30 percent, Upjohn found in a study based on private-sector data.

Another risk to workers: stagnating wages for temp workers, even as permanent workers’ earnings rise.

“Historically, people working within a large company like the Nissan plant you’re looking at tend to move up together,” Weil said. “If you fissure the relationship, if that person who is working on the line is no longer part of that unit, their wage levels can stagnate.”

Nissan plant in the distance in Canton, Mississippi.

“If you fissure the relationship … their wage levels can stagnate.”

Data suggest temp worker wages during the Great Recession did not keep up with inflation, said Susan Houseman of the Upjohn Institute. Nationwide, staffing firm workers graduate to permanent jobs at a rate of 20 percent between 2007 and 2011, she estimates. “We expected to see it would be higher.”

At the Nissan plant in Mississippi, the full picture for temps is a challenging one to sketch out. Facts and data are hard to come by. Companies tend not to keep records on temp workers and wages. Nissan would not comment on the specifics about temp workers — or “associates” in company parlance — contracts, wages or benefits, although human resources manager Rodney Francis told Marketplace “every one of these jobs we make sure have competitive wages and really good benefits.”

Every day, some 6,500 men and women work at the Canton, Mississippi plant, doing three successive shifts to keep the assembly lines moving. How many of those are temps? Estimates range from 1,000 to more than 2,000, according to workers and local academic economists who spoke to Marketplace.

“A little bit over a thousand,” is the estimate of Domenico Parisi, a sociologist and researcher at Mississippi State University who authored an empirical study on the benefits of the Nissan plant in Canton.

Some temp workers said they were reluctant to speak on the record, citing fear that managers would retaliate and dock their employee performance scores. The company “tries to put pressure on people where they’re scared to speak out, you know?” said Hearn, the former Nissan temp who is now employed full time.

“This is not true,” Lloryn Love-Carter of Nissan’s corporate communications department wrote in an email. “All associates have the opportunity to convert to Nissan technician positions through an objective, points-based program that assess various areas, like attendance, safety and performance.”

Another one of the criteria on Nissan’s 15-point scale for contract employees is maintaining a positive attitude, workers said.