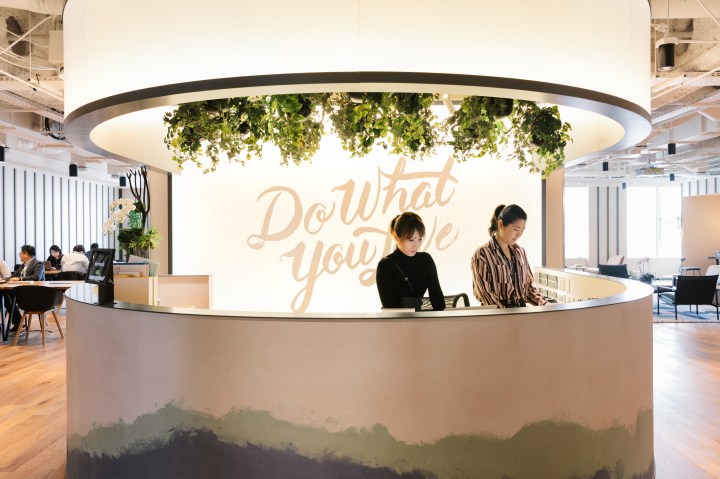 In decades past, the conventional wisdom was not to bring issues like religion or politics to work. Times are changing, and today those bright lines are breaking down: CEO’s of major companies are weighing in on issues from LGBT rights to immigration, and employees at Google and Amazon have recently rallied to change corporate policies on defense contracts and climate change.

Increasingly, personal beliefs are moving front and center in the professional world and changing the way employees and senior leadership relate to the workplace, often in ways unrelated to the core work of the business.

WeWork, a company known for its chic, trendy co-working spaces, has instituted a meat-free policy for employee expenses and company events — part of a broader sustainability program that also limits single-use plastics.

“We really wanted to put our values into practice in the company and take a stand for something that we believed in,” said Lindsay Baker, the head of sustainability at WeWork.

But perhaps no values have become as prominent at work as politics.

“Your political identity is a more clear signal of what your values and worldview are than it was in the past,” said Neil Malhotra, a professor political economy at Stanford University who is tracking how increased polarization is changing how Americans think about work.

“People are increasingly wanting to work for places that share their values,” he said, “and will put their money where their mouth is to do it.”

In a field experiment, Malhotra found online job seekers were willing to take lower pay to work for a like-minded boss. And in a survey from staffing firm Randstad, more than a third of workers said they would leave a company over political disagreements.

Such was the case for investment adviser Noel Pinson of Leeland, Virginia, who said he felt like a lonely liberal in his small, mostly conservative office.

“I just felt over time just more and more that little voice in the back of my head screaming at me that you’re not living your values working here,” he said.

So Pinson decided to strike out on his own, starting his own business and going months without income right before he was expecting a baby.

Most workers aren’t taking such bold actions. Instead, some are making change from within. At Boxed, an online retailer that sells groceries and household goods in bulk, CEO Chieh Huang said a female employee once confronted him in the hallway and demanded he address the pink tax, the premium often charged for women’s health and beauty products, estimated to cost each woman upward of $1,300 a year.

Huang listened and decided to rebate customers for taxes paid on feminine goods, a move he said has cost the company more than $1 million over three years, but inspires loyalty among his workers — a helpful boost in an industry where it’s hard to keep talent.

“We can’t match the cash compensation, say, that an Uber or Google will pay,” Huang said. “But it actually has helped a lot on the attraction and retention.”

Research shows sharing values can help workers bond and increase an organization’s productivity, but that makes holding a minority view all the more difficult.

Garrett Johnson is a conservative-leaning tech worker in Silicon Valley, known as a bastion of liberal activism. He co-founded the Lincoln Network, in part to connect conservative-leaning tech workers. The group released a survey earlier this year, with almost two-thirds of respondents at politically active tech companies saying employees would be ridiculed or ostracized for expressing opposing views.

“It causes people to pull back and to not speak up, not offer their perspectives, which is not good,” Johnson said.

He believes there can be benefits to greater political expression in the workplace, but companies need better training to promote constructive dialogue, something that will surely come in handy as we gear up for another grueling election season.