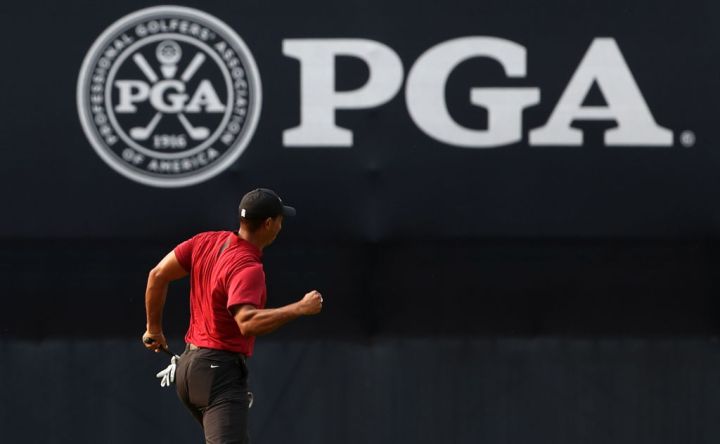 COPY
Tiger Woods at the 2018 PGA Championship. The PGA announced it will not hold the tournament at President Trump's golf course in Bedminster, New Jersey. Jamie Squire/Getty Images

Tiger Woods at the 2018 PGA Championship. The PGA announced it will not hold the tournament at President Trump's golf course in Bedminster, New Jersey. Jamie Squire/Getty Images
Listen Now

Political donations are drying up. From JPMorgan Chase to Marriott, companies have paused political donations to Republicans (mostly) in response to last week’s armed insurrection at the U.S. Capitol alongside an attempt by congressional Republicans to hinder the certification of the presidential election.

But will this moment of corporate activism last? Marketplace host Kai Ryssdal spoke to Mary-Hunter McDonnell, associate professor of management at the University of Pennsylvania’s Wharton School, about the rising tension between business leaders and the administration of Donald Trump. The following is a transcript of their conversation.

Kai Ryssdal: We have come a long way, it seems, from when corporate America sat seemingly happily with President Trump at the White House in his various business councils and strategy sessions.

Mary-Hunter McDonnell: I would agree with that.

Ryssdal: Why? What took them so long?

McDonnell: So I actually don’t think that this is a shock. I think that actually, if you’ve been watching companies for the past four years, there’s been a gradual turning against President Trump and his policies. We’ve seen hundreds of executives signing open letters that are pressuring legislators to take action on, you know, gun control, abortion legislation, transgender rights. So this is really part of an evolving story over the last four years.

Ryssdal: And it is in no small part as Jim Richerson, the president and CEO of the Professional Golfers’ Association, said this weekend when he moved that tournament away from President Trump’s club because it would be “detrimental” to our brand.

McDonnell: So I don’t think any of us know for sure how Donald Trump or this administration or even last week is going to be remembered in history. But I think everyone thinks there’s a really high risk that what’s, what’s going to be disclosed in the next few weeks is going to attach a lot of stigma. And so I think a lot of firms are trying to distance themselves before that stigma does introduce itself.

Ryssdal: Does it seem to you that corporate America is doing more to stand up to the president than Republican members of Congress of the United States?

McDonnell: Absolutely. And part of this is because of the difference in company stakeholders. So just because of gerrymandering and the structure of politics, Republicans are answering to, you know, a power base that has very different preferences than your average employee or customer of a large company in America.

Ryssdal: As the president fades, and as his movement from the 6th of January gets farther in the distance, do you imagine companies and banks that have cut off money and all of this, are they going to change their minds? Are we gonna go back to the way it was?

McDonnell: I think so, actually. I think you should see companies moving back to support the Republican Party members that they see as moving more towards center. Companies really need a party that has corporate interests at heart, but is not going to simultaneously be angering their core stakeholder constituencies.

Ryssdal: So this is an unknowable question, but I’m gonna ask you anyway, how long is it gonna be till that happens? Because this is disruptive on so very many levels in this economy.

McDonnell: Yeah, you know, I think that what is playing out is a larger social movement struggling for control over what the values that define the two major parties in America will be. We’re seeing a lot of activity among employees, especially, demanding more voice in their company’s engagement in politics. And so to the extent that that happens, you could see companies start to be more progressive champions.

McDonnell: So that’s true, but inside of businesses are people, right? And so you will absolutely find some people in a company who only care about their share price moment to moment, but you’re gonna find some people in a company that only care about how they’re making their consumers and employees feel. And so, you know, I think there’s all kinds of people.