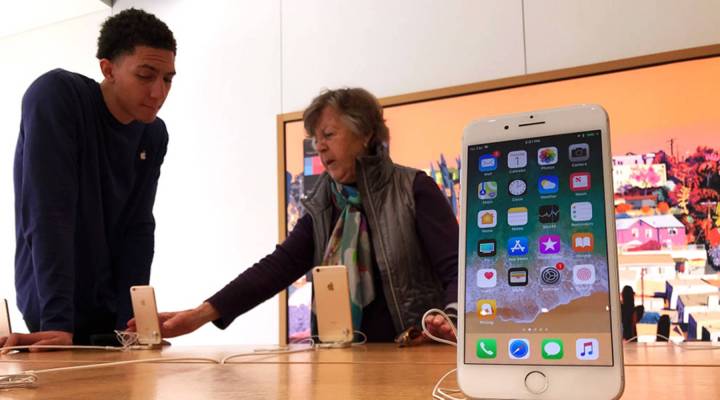 Apple makes bundles of money, and it’s sitting on a country’s worth of cash. But iPhone growth is slowing, and Apple’s new smart speaker is late to the scene. It made us wonder: Is Apple still really good at creating products? Marketplace Tech host Molly Wood spoke about it with Julie Ask, principal analyst at Forrester Research. Below is an edited transcript of their conversation.

Molly Wood: What do you think? Is Apple too late to beat Alexa and Google Home?

Wood: We’ve also just learned in Apple’s earnings report that the company is selling fewer iPhones but many more expensive iPhones. They made up the revenue with high prices. How sustainable is a company that’s built around a product that costs $1,000?

Ask: Oh, that’s such a good question. Because Apple has never had a strategy of trying to win the race to the bottom. Apple’s a for-profit company. They’re trying to sell smartphones at a profit.  So I think if we had been sitting here five or six years ago, we’d say, ‘One thousand dollars for a smartphone? That’s insane, that’s crazy.’ But we’ve been paying $700, $800 for years now.

Wood: So do you think it will work? You think there’s no reason to fear fewer iPhones sales, or the perception of fewer iPhone sales, or guidance that suggests there might be fewer iPhones sales if the price is right?
Ask: I do think it will take time for consumers to adjust to that. I think the dilemma is a good dilemma, because all of these devices are so amazing and so sophisticated that the 8 and even the 7 are still amazing devices. So I think encouraging people who say, ‘Why should I get a 10 if the 8 is also amazing?’ — it’s just a harder sale. So I think if we go forward, and we think about why consumers would want to get more expensive phones with faster processors, it’s really subtle. The AI is better, the experience is better, but it’s harder to articulate. Future sales are going to depend on the ecosystem they’re in.

Wood: And you know, look, no one is worried about Apple’s long-term health right now. But there have been some stumbles. They are delaying iOS to make sure it’s up to snuff. They got caught up in this scandal around slowing down phones. Is Apple still really good at product?

Ask: I do believe they’re really good at product, but what makes product really good is going to change. The question for all these manufacturers is can they keep pace? It’s not going to be so much about how it feels in my hand. It’s going to be about experience and ecosystem and factors that are outside of their control. So the skill set that it takes to be amazing today versus five years from now is going to be very different.

Wood: And do you think is Apple good at that? Ask: It’s too early to say. I think it’s becoming harder to judge — how good is Apple at AI and voice recognition? Those comparisons are harder to make, because it’s not as easy as comparing screen size and battery life and brightness.