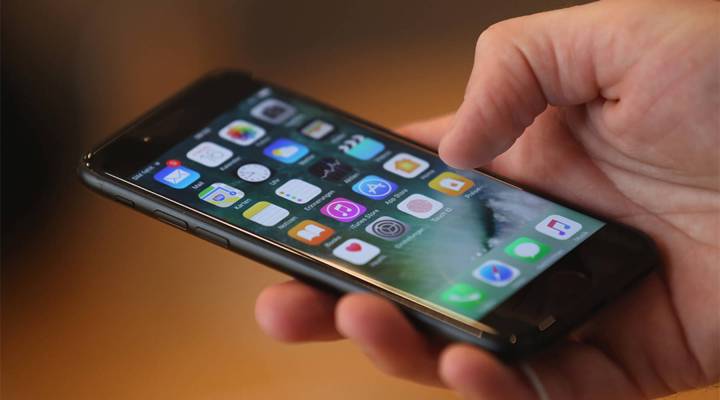 Last week, Qualcomm and Apple settled their big legal battle over royalty payments and signed a multiyear agreement for Apple to use Qualcomm’s 5G wireless chips or modems in its phones. Before that, Apple was going to use 5G modems from Intel. But Intel was having trouble delivering, and earlier this month, Intel got out of the mobile 5G business altogether. As a result, Apple is a little delayed in putting out a 5G phone and now might be feeling a little too reliant on Qualcomm.

Despite that deal to use Qualcomm’s chips, analysts think Apple might also build its own 5G modems. The company already makes its own processors, and recently it’s been making moves that suggest it’s ready to build the whole bear. Host Molly Wood talked with Anshel Sag, an analyst at Moor Insights & Strategy. He said it all starts in San Diego. The following is an edited transcript of their conversation.

Anshel Sag: I’ve felt like Apple’s been trying to build their own modem for the last three years at least. But the actual gears have been in motion for at least the last 12 months. Late last year, they announced they were going to be hiring 1,000 people in San Diego, making their own office down here.

Molly Wood: We should point out that San Diego is where Qualcomm is currently located.

Sag: Yes, and not just Qualcomm, but all of their vendors and their suppliers and their competitors as well. I think that San Diego is definitely a wireless town now. MediaTek is here, Huawei is here and Intel is here, actually. I think Apple is going to try to poach from the best of everybody.

Sag: First of all, you can save money, which Apple loves to do. But also, in terms of user experience and product improvement, having a modem integrated into the [system on a chip] like what Qualcomm is doing with their Snapdragon chips, reduces power. It allows you to tighten the integration even more because now you can custom build every component for what you want to do to optimize for power, performance and battery life. As a result, if and when — I don’t think it’s if, I think it’s more when — Apple builds their own modems, you’re going to see better battery life, better performance.

Wood: What’s the biggest challenge to Apple creating its own modem?

Sag: I think the biggest challenge is going to be working around existing patents.

Sag: Yeah. Qualcomm’s, Ericsson’s and Nokia’s patents because they license those patents to everyone. But the other thing is just that wireless is really hard. Building a modem that is both low power and high performance is incredibly difficult, as Intel has shown.

Wood: Is there any chance that Apple might go ahead and acquire Intel? I’m curious about Intel’s future if Apple wanted to jump-start its activities there.

Sag: I do believe they will acquire Intel’s modem business. I think there’s two ways that they can accomplish that. One is that they let it be shut down and they just acquire their IP and hire away the people they want. Or they can just buy it from Intel and not wait for them to shut down the division. But in my view of the strategy, I always saw Apple acquiring Intel’s modem business once they became their sole product purchaser.

A report this weekend says Apple poached Intel’s top 5G modem developer just a few weeks before the Qualcomm deal. But as Anshel Sag said, wireless is hard. So even if Apple throws a bunch of money at 5G modems and hires away the top talent, it might still need Intel’s modem business.

According to a report Friday, the company has already been in touch with Intel about a potential acquisition. The Wall Street Journal reported that the talks stalled right before the deal with Qualcomm but that Intel might be looking to sell the modem business no matter what. The report also suggested that as iPhone and smartphone sales generally have started to taper off, Apple might be more interested than usual in big dramatic acquisitions. But who knows? People never get tired of saying that about Apple.

JPMorgan made a list in February and suggested companies ranging from Netflix to Activision Blizzard. Yeah, I’d like those, too. Apple also reports earnings today after the bell, and the iPhone is not the star of that show anymore. Diversification is coming.