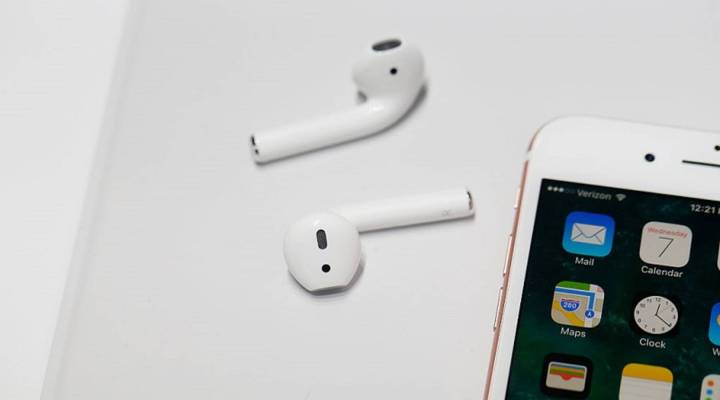 Apple announced new iterations of the iPhone and the Apple Watch at its latest product launch event this past week. The new products are water resistant, and the iPhone 7 has new cameras. But the biggest news from the event was what everyone already expected: the end of the headphone jack.

Apple’s new products connect to wired headphones via the lightning connector, which is also how the phones are charged (thus ruling out simultaneous wired listening and charging), but Apple’s biggest push is for a new product called Airpods. Airpods are wireless headphones that connect to Apple devices through a non-Bluetooth wireless connection.

Eliminating the headphone jack is a controversial move for Apple, and the reaction was decidedly mixed. Apple has long pushed its own proprietary technology, allowing the company to cash in on sales of more chargers, and now, Apple hopes, headphones.

To hear the full interview, tune in using the player above.