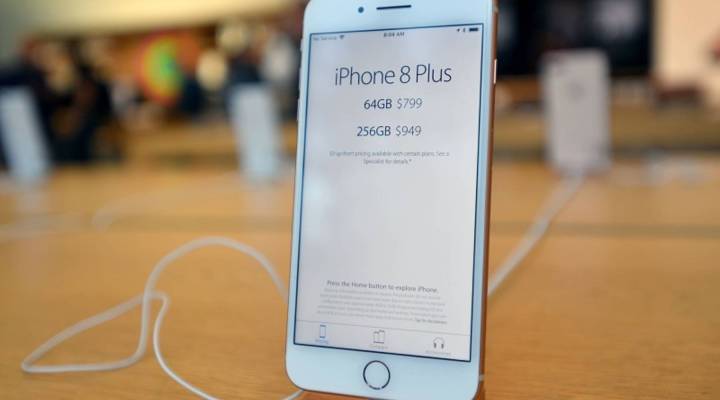 Microsoft recently confirmed that its Windows Phone operating system is over and done. That means when it’s time to buy a new smartphone, there are basically only two operating systems a consumer can choose from: iOS or Android.

The two have a sort of duopoly on the smartphone market.

Apple released the first iPhone in 2007, and a little over a year later Google unveiled its first Android phone. The big smartphone battle has mostly remained between the two platforms ever since. It might simply be because they were the biggest initial innovators in the market.

“It’s almost like this competition is playing out at a different level,” said Julie Ask, principal analyst at Forrester Research. “And the reason Apple and Google are becoming so good is because they’re investing so much in technology and hiring so much talent around artificial intelligence and augmented reality and virtual reality, and what’s going to be the next generation of experiences. It’s almost as if some of these other players can’t compete for that talent.”

New York City resident Charlie Bruem, 31, said he picked the iPhone simply because it was the first option on the market. He’s been an Apple user ever since. But he would like to see other options.

“Competition would make prices better. The fact that this iPhone X is going to be $1,000 is pretty ridiculous. The more competition, the cheaper the prices,” he said.

Analyst Ask said that most users are like Bruem, and that once they pick an operating system, they won’t switch to the other. But that’s not the case for everyone.

Colleen Burke is 25 and has been an Android user for four years, but has thinking about switching back to the iPhone, mostly because of fear of missing out. “My friends give me a hard time because they see the green message on their iPhones, and I’m ready to stop hearing those hate texts,” she said.

Her 32-year-old sister, Christine Burke, has an iPhone because her employer requires it for work, and she doesn’t like it. She’s ready for a new player to step into the market.

“I think Apple has gotten pretty complacent with their forward thinking,” she said. “And I don’t find Apple to be as intuitive.”

So what would have to happen for other companies to actually break into the smartphone game?

“Consumers are buying these devices based on the quality of the communication,” Ask said. “Now it’s on apps, but what is that thing that could come next that becomes more compelling for consumers than what these existing players are giving them?”

There could also be a market for lower-tech phones, or at least there was some nostalgia among the people interviewed. They miss the durability of phones that aren’t made of glass, the text-friendly keyboards and everyone’s favorite Nokia game, Snake.