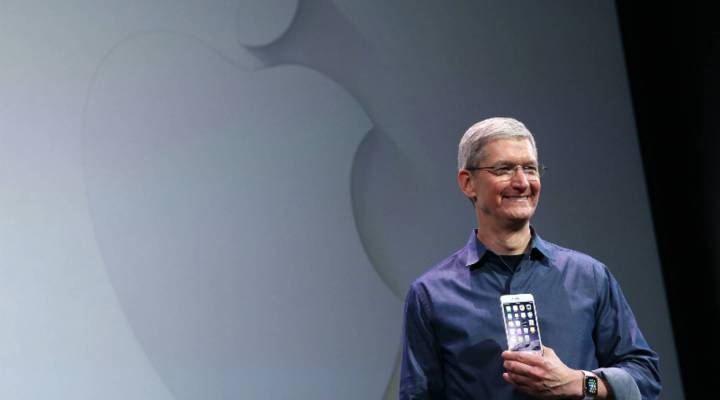 COPY
Apple’s sales in India have been low, but CEO Tim Cook is looking to change that. Justin Sullivan/Getty Images

Apple’s sales in India have been low, but CEO Tim Cook is looking to change that. Justin Sullivan/Getty Images
Listen Now

Fresh off his high-profile visit to China, Apple CEO Tim Cook is reportedly moving on to India with his first official visit to that rising market for smartphones and technology.

Thus far, Apple’s sales in India have been low — under 5 percent of global sales. But India has been a strong growth market for Apple recently, and Chad Bown at the Peterson Institute for International Economics said India is poised to break out.

“India is as big a market as China,” Bown said. “The difference is India is currently a lot poorer. It’s a huge future growth market as its citizens become richer and more of them move into the middle class.”

Equity analyst Angelo Zino, who follows Apple at S&P Global Market Intelligence, said that Apple has been marketing cheaper iPhones (retailing for approximately $400) in developing countries like India. The company wants India to loosen commercial restrictions (for instance, on the sale of refurbished iPhones), and let it increase sales there.

Indian officials, for their part, would like Apple to expand its production and employment footprint in the country — part of the current government’s “Make in India” campaign.

Apple reportedly plans to increase its support for software development and startups in the country. But as for shifting parts–production and final assembly of iPhones in India, Zino doesn’t think that’s in the cards for now.

“In China, they’ve developed a manufacturing base second to none,” Zino said. “Could Apple eventually gain production efficiencies out in India? It’s a bit far-fetched.”

Zino said that with its rolling brown-outs, bad roads and Byzantine bureaucracy, India is not yet ready to accommodate Apple production. But he said that if Prime Minister Narendra Modi succeeds in his goals of modernizing India’s infrastructure and liberalizing its economy, the country could grab a bigger piece of Apple’s business.