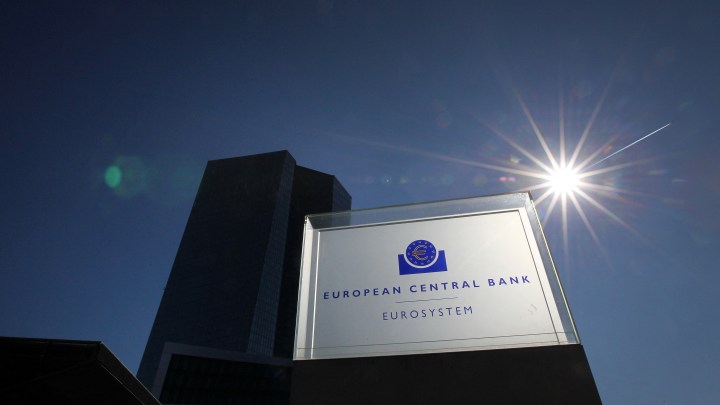 While inflation in the United States seemed to hit a high point in March, it’s continued to climb in Europe. In the first four months of 2022, inflation rose at a 12% annualized rate in Europe compared with 9% in the U.S.

On Thursday, the European Central Bank announced that it plans to start raising its key interest rate next month while putting an end to its large-scale bond-buying program.

All of this comes as central bankers try to tame inflation, the same issue policymakers at the Federal Reserve are grappling with in the U.S. Take natural gas, which, following Russia’s invasion of Ukraine, now costs almost three times as much in Europe as it does in the U.S.

“There’s no question that their task is more complicated than the Fed’s in the United States,” Nichols said.

The Europeans are trying to get inflation under control while also trying to wean themselves off Russian energy — a big driver of higher prices, said Steve Cicala, who teaches economics at Tufts University.

“The energy situation in Europe right now is tenuous, and I think looking forward to the winter that they’re going to have to get through … even more tenuous,” Cicala said. “They are ultimately facing a supply crunch.”

And there’s not a whole lot that monetary policymakers can do about low supply.

The fix for inflation may end up causing economic pain of a different kind — one that could be made far worse by any further shocks to Europe’s energy supplies, said ING Research’s Carsten Brzeski.

“I think we’re currently running the risk that we will see the ECB hiking interest rates while the eurozone economy goes into recession,” Brzeski said.