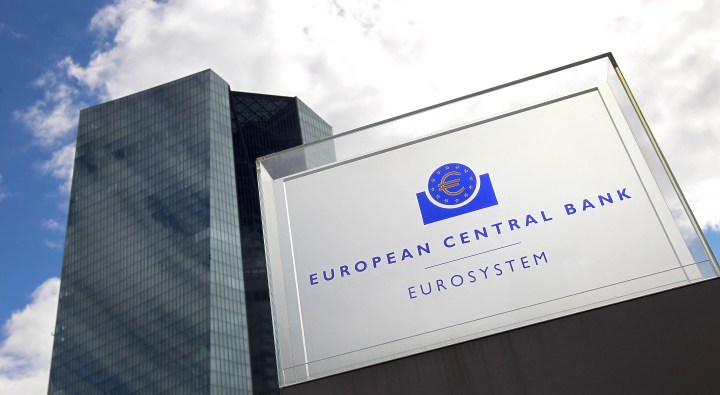 COPY
Until this summer, the ECB had been in the thick of an eight-year experiment with negative interest rates. Daniel Roland/AFP via Getty Images

Until this summer, the ECB had been in the thick of an eight-year experiment with negative interest rates. Daniel Roland/AFP via Getty Images
Listen Now

That is the largest rate increase in the central bank’s history, and the bank’s leaders left no room for doubt: They won’t stop there. Until this summer, the ECB had been in the thick of an eight-year experiment with negative interest rates.

Why are policymakers are raising rates now? Inflation. It’s bad here in the U.S., but it’s even worse in Europe.

She said energy prices especially are sky-high because of Russia’s ongoing war in Ukraine, so European leaders are under pressure to make decisions as circumstances change by the day.

“We have no idea how long this war will last,” Demertzis said. “And therefore, it’s impossible to know how long the energy burden that we’re feeling is going to last.”

“We’ve heard about a number of fiscal stimulus measures coming out of eurozone governments to try to subsidize energy costs and offset the cost-of-living crisis,” she said.

And that help translates into Europeans buying more goods, which, Greene said, could push inflation even higher.

On top of that, Europe might start rationing energy because of the war.

“Which would cause companies to shut down, which would be devastating for growth,” Greene said.

And growth is top of mind as Europe faces down the possibility of a recession, if it’s not in one already.

Despite these worries about Europe’s growth, the central bank also has to “move quite quickly in order to catch up to reality where inflation is,” Vistesen said, adding: “The ECB has its back against the wall.”