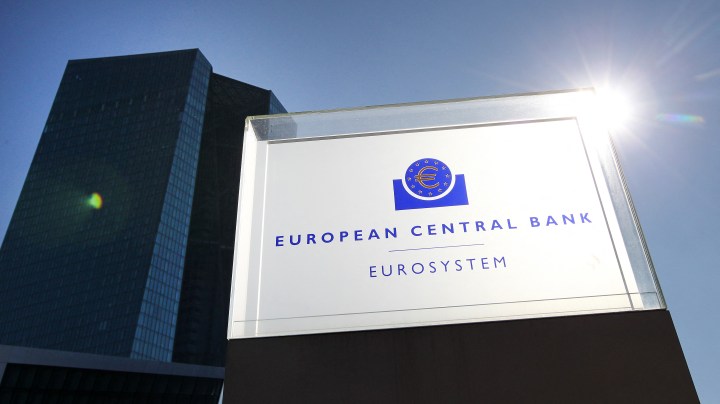 The European Central Bank is signaling the end of its grand experiment with negative interest rates, which it started in 2014.

Some critics say that policymakers there kept rates too low for too long. That’s making it harder to combat inflation, which is hitting Europe just like it is the United States. But policymakers had their reasons.

Most of us grew up in a world where if you put money in the bank, you’d get interest — maybe not a lot, but something. Think of negative interest rates as the opposite: You pay the bank to hold onto your money.

“The idea behind that is to make savings so unattractive that banks hand out more loans, and that households no longer save but start investing or just consuming,” said Carsten Brzeski at ING Research.

Until 2014, when the European Central Bank became the first major central bank to try it, making interest rates negative seemed kind of like defying economic gravity.

“I think most of us thought, ‘You know, that’s a nice idea, but could never really happen,'” said David Wessel, a senior fellow at the Brookings Institution.

But it did happen, and it helped push the value of the euro lower. That, in turn, boosted the European economy by making its goods more attractive to foreign buyers. Just like the Federal Reserve, the European Central Bank is now trying to phase out access to easy money.

That means Europe’s central bank will probably move a lot more gingerly than policymakers here in the U.S., Wessel said.

And, according to Claus Vistesen at Pantheon Macroeconomics, economists will be watching for whether it can stick with a slow and steady approach.

“If the ECB raises interest rates now, and then if you’re speaking six, nine months’ time, maybe they’re lowering interest rates again, that would be a disaster for the ECB,” Vistesen said.

It’s a real risk for the European Union economy, which is still dealing with the pandemic and a war just over its borders.