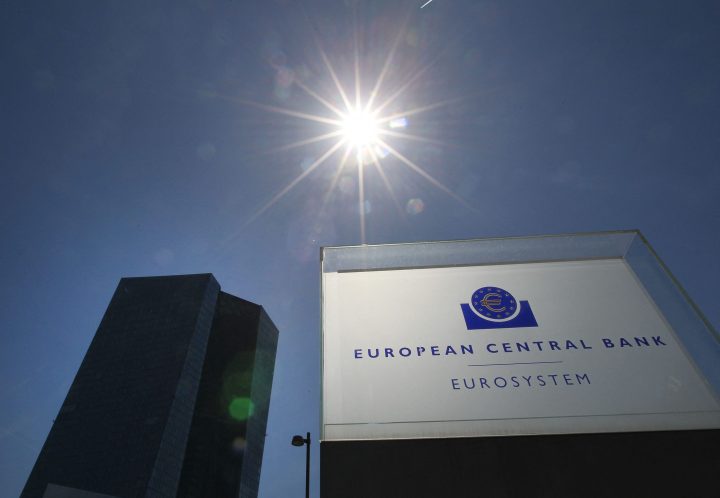 COPY
The headquarters of the European Central Bank (ECB) is pictured in Frankfurt am Main, western Germany, on June 15, 2022. Photo by DANIEL ROLAND/AFP via Getty Images

The headquarters of the European Central Bank (ECB) is pictured in Frankfurt am Main, western Germany, on June 15, 2022. Photo by DANIEL ROLAND/AFP via Getty Images
Listen Now

Following the lead of central banks around the world, the European Central Bank is expected to join the international inflation fight and start raising interest rates this week.

The ECB sets rates for the 19 countries that use the euro single-currency. A quarter-point rate hike has been expected, though some reports suggest it could be boosted to a half-percent when ECB policymakers meet Thursday.

The ECB faces a common threat to other central banks when it comes to fighting soaring inflation. But it also faces some challenges unique to Europe’s precarious economic situation.

No one much likes 40-year-high inflation — not Americans, and not Europeans.

As inflation in the eurozone has climbed, people have expressed their frustration from one end of the continent to the other, as reported on international TV networks WION and Euro News.

But, while the U.S. Federal Reserve has hiked rates aggressively in recent months to try to blunt inflation, the European Central Bank has hesitated, said Sam Stovall at CFRA Research.

“The ECB is really behind the curve. Christine Lagarde is probably humming ‘I’m joining the party and I’ll cry if I want to.’”

He’s talking about the ECB president, who he said is playing a high-stakes game: Raising interest rates to slow growth and fight inflation — which risks sending Europe’s economy into a severe recession.

That’s a danger for the Fed, too, said Liz Young at SoFi. But unlike the U.S., which came out of the pandemic with a strong economy pumped up by stimulus spending, “the economy in Europe is in a more delicate position, and is facing much more direct risks from the Russia-Ukraine crisis.”

Europe’s supplies of oil, natural gas and grain have all been disrupted, leading to sharp increases in food and energy prices.

But, Europe’s inflation has so far been mostly limited to those items, said Adam Posen at the Peterson Institute for International Economics.

“It’s not the kind of broader inflation we’ve seen in the U.S., it’s not very much wage inflation,” he said. “So the European Central Bank should be less aggressive about trying to contain inflation and more willing to wait it out.”

And Christine Lagarde has one advantage over other central-bank leaders, said Jay Hatfield at Infrastructure Capital Advisors.

“Lagarde is a pretty powerful central banker, a little bit like a Greenspan almost. So she has the ability to kind of create her own path, where she focuses more on keeping out of recession,” he said.

And lets inflation run a little hotter, while holding down interest rates enough to prevent an economic crisis across the continent.