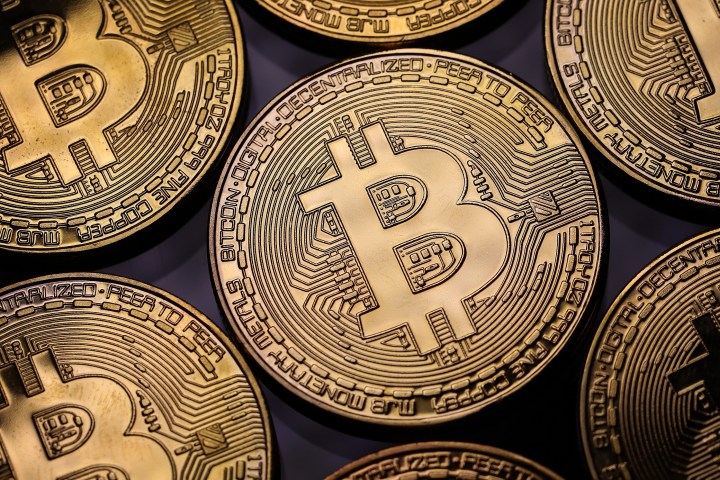 While financial institutions have expressed skepticism toward bitcoin, the crypto sector continues to grow. Dan Kitwood/Getty Images
Cryptocurrency mining and the environment

Bitcoin is a national currency in El Salvador. An exchange-traded fund tracking bitcoin debuted on the New York Stock Exchange in late 2021. And at least $48 million in bitcoin and other cryptocurrency donations have been sent to Ukraine after Russia attacked the country, according to the blockchain analytics company Elliptic.

In the decade since it’s launched, bitcoin has grown into a trillion-dollar market that’s spurred excitement from some cryptocurrency advocates who think it’s the future of currency and payment methods or — insert your noun of choice (the energy grid, the creator economy, Twitter).

But as it’s grown in popularity, critics have called the digital currency speculative, view it as a vehicle to launder money, and say that mining it has environmental consequences.

Here’s an overview of how cryptocurrencies work, what you can actually buy with them, and the regulations (or lack thereof) governing digital money.

What is cryptocurrency in general?

Cryptocurrencies are a type of digital currency based on blockchain technology that you can’t counterfeit. Bitcoin, the most well-known type of cryptocurrency, was released in 2009 and first started trading on exchange platforms in 2010.

As for blockchain itself? Here’s an analogy that cryptocurrency journalist and podcaster Laura Shin explained to Marketplace: Think of it like a Google spreadsheet.

It’s kind of like those old ledgers, where banks would keep records of its customers’ funds. Except this one is a lot more sophisticated. Shin said blockchain allows us to have just one ledger that everyone can see at any given time.

Shin said she thinks bitcoin is a more transparent form of currency and that over time, the technology underpinning it could enable financial transactions to occur more cheaply.

What other types of cryptocurrency are out there?

There are thousands of cryptocurrencies, which you can see listed on CoinMarketCap, but some of the more notable ones include ethereum (also known as ether) and tether.

There are also cryptocurrencies that initially started out as jokes, like dogecoin, whose popularity was bolstered by Tesla co-founder Elon Musk.

NFTs, or non-fungible tokens, in particular skyrocketed in popularity last year. These tokens, a part of the ethereum block chain, represent a digital asset and provide proof that the buyer is the authentic owner of that item. They can take the shape of anything, according to Marketplace reporter Matt Levin, which includes tweets and digital basketball “cards” that feature highlight clips from NBA games.

A digital collage called “Everydays: The First 5000 days” by the artist Beeple was the first NFT artwork sold at auction and fetched nearly $70 million.

What can you buy with cryptocurrency, and how?

Technically, anything that the seller or other party agrees to. The first transaction involving a physical item took place more than 10 years ago, when Florida-based Laszlo Hanyecz offered 10,000 bitcoin on a forum to anyone who would buy him two large pizzas from Papa John’s.

Now, the process has become more legitimized. Several major retailers have started to accept cryptocurrency as a form of payment through third-party apps.

GameStop, Nordstrom and Petco, among other stores, allow you to pay for items using bitcoin via the payment network Flexa, which has an app called Spedn. This app creates a QR code you can swipe at checkout (similar to Apple Pay), converting your bitcoin into dollars.

Meanwhile, the Starbucks phone app allows you to reload funds through a service called Bakkt, a digital wallet where you can store and send digital assets such as cryptocurrency. And some platforms, such as Newegg.com, even allow you to pay with bitcoin outright.

How safe is cryptocurrency?

While cryptocurrency has gained popularity, investing in it can be risky.

“Even in the past few weeks, we’ve seen that it’s not independent from the traditional sources of macro-volatility that affects stocks,” said Michael Young, an assistant professor of finance at the University of Missouri.

He explained that bitcoin has moved up and down recently, mirroring the stock market.

Young, who disclosed that he holds cryptocurrencies, said that if you’re interested in investing in cryptocurrency, you should consider your time horizon and assess your own personal risk.

Young, who’s in his early 30s, said that he would be OK if the value of his cryptocurrency holdings dropped up to 40%. But there are people like his parents who are nearing retirement and can’t afford those losses. “What you invest in is something that you should be comfortable with,” Young said.

Some exchanges, like Coinbase, are also creating cryptocurrency retirement funds.

Chris Farrell, a Marketplace senior economics contributor, told us he does not think putting cryptocurrencies — even a small percentage — in a retirement portfolio is a good idea.

“Now, I’m gonna get a lot of complaints for that answer from passionate advocates for investing in crypto,” Farrell said. “But look, the crypto ecosystem is noisy, it’s volatile, it’s opaque. And we’re talking about your retirement savings. This is money that should add to your economic security in your elder years.”

Young said one general piece of investment advice he always gives to people is that they should ultimately understand what they’re investing in.

What regulation and requirements govern bitcoin?

While you can regulate the participants and the companies that provide bitcoin, you can’t regulate the technology, according to Gil Luria, a technology strategist at D.A. Davidson.

Different regulatory agencies sort of govern some aspects of bitcoin. The Securities and Exchange Commission, for example, applies current securities laws to digital assets, meaning that investors have to report realized gains and losses from their cryptocurrencies on their taxes, according to NASDAQ’s Decoding Crypto series.

We also have a new cryptocurrency provision, which was tucked into the White House’s $1 trillion infrastructure bill that President Joe Biden signed into law late last year. To help foot the bill, lawmakers included new reporting requirements for digital assets, which could raise $28 billion over the next decade, according to estimates from the Joint Committee on Taxation.

“Brokers” will have to report information on transactions over $10,000 to the Internal Revenue Service. This provision has drawn criticism over the expanded definition of the word “broker,” which is defined in the bill as someone who “is responsible for regularly providing any service effectuating transfers of digital assets on behalf of another person.”

The Electronic Frontier Foundation explained this means anyone could be considered a broker, including software developers and the miners of bitcoin themselves. “The mandate to collect names, addresses, and transactions of customers means almost every company even tangentially related to cryptocurrency may suddenly be forced to surveil their users,” the EFF said.

What do the big banks and mainstream institutions think of bitcoin?

The big banks have started to adopt cryptocurrencies, but haven’t offered the warmest embrace. JPMorgan Chase now has its own digital currency called JPM Coin and granted wealth management clients the ability to invest in cryptocurrency funds.

However, the bank’s own chairman and CEO, Jamie Dimon, said late last year: “I personally think that bitcoin is worthless.” Regardless of his personal feelings, Dimon explained he wants to be able to give his clients “legitimate, clean as possible, access” to these currencies.

Over at the Fed, Chair Jerome Powell mentioned the possibility of the U.S. launching its own digital currency and said doing so would render bitcoin unnecessary. At a hearing in September, Republican House Representative Ted Budd of North Carolina asked Powell if this meant he would ban or limit cryptocurrencies like China, to which Powell responded that he had  “no intention” to.

Last month, the Federal Reserve released a report that examined the costs and benefits of a digital currency, without issuing a recommendation in favor or against.

“It’s an extremely inefficient way of conducting transactions, and the amount of energy that’s consumed in processing those transactions is staggering,” she continued.

The process of mining bitcoin does take up a lot of energy, with research showing that it results in 30,700 tons of e-waste each year — equivalent to the waste that the entire country of Netherlands produces from IT and telecommunications equipment like mobile phones and computers.