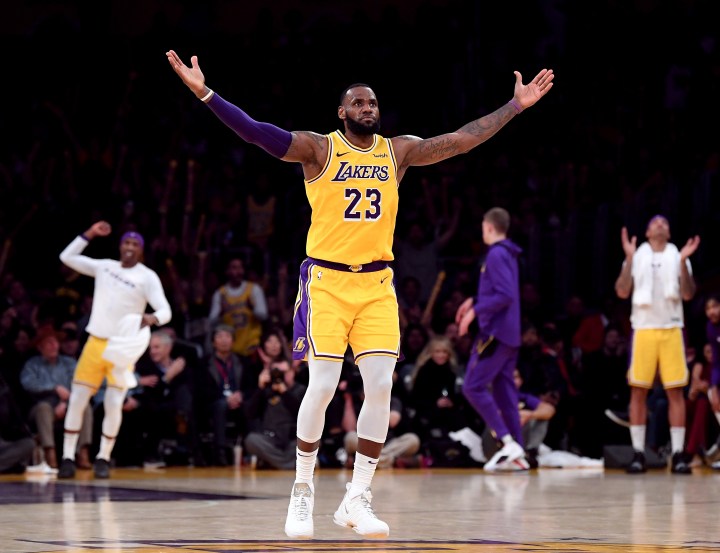 COPY
A video clip of LeBron James sold for more than $200,000 as an NFT. Harry How/Getty Images

A video clip of LeBron James sold for more than $200,000 as an NFT. Harry How/Getty Images
Listen Now

Last week, Christie’s put a piece by the digital artist Beeple up for auction, becoming the first major auction house to offer purely digital artwork with a “nonfungible token,” or NFT. The piece, called “Everydays: The First 5000 Days,” is still up for auction, and bidding to own it reached $1 million within 10 minutes.

According to CoinDesk, $174 million has been spent on NFTs since late November 2017. “Marketplace” host Kai Ryssdal spoke with Jamie Wilde, a writer at Morning Brew, about what NFTs are and why people are spending so much money on the digital assets.

Kai Ryssdal: For somebody who has never heard of nonfungible tokens, what are these things?

Jamie Wilde: Great, so you already broke down the acronym for me. The main aspect of it, really, is that word “fungible,” which is kind of a funny-sounding word, but what it means is that something can be exchanged and that it’s not unique. So when it’s nonfungible, two different NFTs are unique from each other. So I like to compare it to Pokémon cards. So you’re not gonna trade a Gastly for a holographic Charizard. But they are just pieces of paper, you know. They’re tokens that represent the actual things, just like an NFT. An NFT represents a digital asset, and that digital asset can be anything and that value can vary.

Ryssdal: OK, so as a real-life example, I’m just gonna pick the whole NBA Top Shots thing. The NBA is making money selling, as I understand it, video copies of various game moments, except they’re encrypted on the blockchain somehow. Does that make sense?

Wilde: It does make sense to me. I understand how it can sound a little confusing.

Ryssdal: Yeah, but so here’s my question, though, right? I can go online, and watch LeBron James dunk until the cows come home. But somehow, the NBA has found a way to put these things on the blockchain and turn them into NFTs, and is now selling them for like six figures plus.

Wilde: Yup. I mean, it just depends on how you really think of value right? For me, it kind of makes sense that these just digital assets, even if you can see them elsewhere, are valuable just because you own them. And for things like digital art, that becomes really important because maybe they don’t have a physical component at all. And I think if you, you know, when you grow up living and breathing the internet, the importance of having your name owning a meme that had such cultural ramifications, for instance, I don’t know, makes more sense.

Ryssdal: Yeah. And look, this all makes sense as we become more of an internet-based society and go eventually completely digital as we will. We’re just, we’re clearly on the leading edge of this thing. But let me back up for a minute. So forget the NBA, and forget, you know, making more money off LeBron. If I’m a photographer or an artist this is an opportunity for me.

Wilde: Absolutely. And we’re seeing more and more artists make it an opportunity. And we’re seeing them break each other’s records all the time. Grimes just sold some pieces for hundreds of thousands of dollars, and that was really fascinating to see. And for creators, especially ones that are completely digital, this is really just finally saying that their work is valuable in a way that they can make money off of beyond ads, or even for music artists, you know, beyond streaming, which they’ve always had issues with.

Ryssdal: So back to this Grimes example, who is I think, as of the latest reading Elon Musk’s significant other, so just to frame it in terms of pop culture references. So I buy this NFT from from Grimes and I pay $100,000. There’s nothing that says I can’t resell it for $150,00 right?

Wilde: Not that I’m aware of.

Wilde: There is a secondary market and I know in particular like for NBA Top Shot there is and I believe for this art, there definitely will be. So yeah, you either buy NFT’s because you have some intrinsic emotional attachment to them or you buy it because you think someone else will have that value attached to it and want to buy it from you and that you can make money off of it.