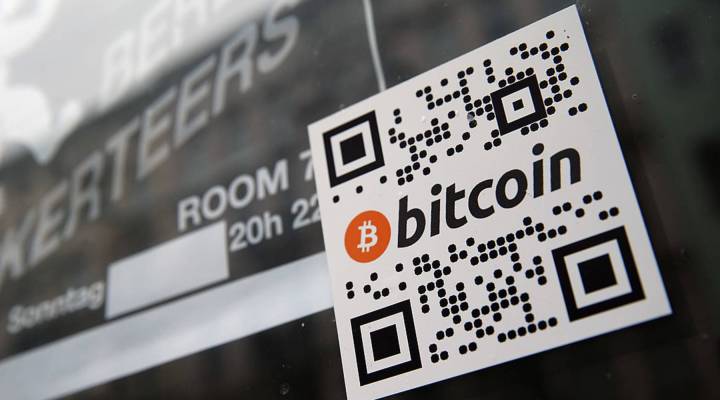 sticker on the window of a local pub indicates the acceptance of Bitcoins for payment. Sean Gallup/Getty Images
Make Me Smart With Kai and Molly

sticker on the window of a local pub indicates the acceptance of Bitcoins for payment. Sean Gallup/Getty Images

We only had so much time on Make Me Smart this week to answer your questions about bitcoin. Molly can talk cryptocurrencies forever, and there was a lot more to say! So here’s everything (else) you’ve wanted to know about bitcoin, but were too afraid to ask.

This one would have been too complicated and inconclusive to get into on the pod, because no one really knows. A person (or persons) with the alias Satoshi Nakamoto is credited with creating the digital currency, but his/her/their identity has never been revealed. Australian Craig Wright claimed to be Nakamoto a couple years ago, following several media reports, but that’s still disputed.

“Whatever you think of bitcoin,” tech writer Sam Biddle told us back in 2015, “it is an incredible piece of software. And whoever made it, or whichever people made it, would be heroes in the field. And so it’s bizarre that they would remain completely anonymous. That’s never happened before.”

There’s also the matter of who has the most bitcoin. No one really knows, and that’s kind of the point. But Nakamoto, who’s said to have over a million bitcoins squirreled away, is a likely candidate.

Like any currency, bitcoin’s value changes all the time. On Friday, one bitcoin was worth about $3,500, but its value has changed quite a bit over time.

So Nakamoto’s purported stash of bitcoin would be worth around $3.5 billion today. Not bad.

How secure is bitcoin?

If you use it right, very! As we laid out in the episode, the cryptocurrency’s underlying blockchain technology makes it resistant to copying or fruad. But that doesn’t mean bitcoins can never be stolen. Virtual “wallets” and bitcoin exchanges can be penetrated, and the currency’s anonymity makes it hard to figure out who’s responsible. A few years ago, one such exchange lost tens of millions in bitcoin to hackers:

Blockchain technology sounds useful. Is it just for money?

No. In fact, many have said blockchain could be more valuable than any amount of bitcoins. A wide range of companies have played around with new applications for blockchain. One promising field is medical records. Patient data is hard to share, in no small part because of security risks. Blockchain could give doctors one encrypted set of information that they can share without creating copies, with a ledger recording each move.

Do real, brick-and-mortar businesses use bitcoin?

It depends on where you go, but in general adoption has been slow. One cautionary tale is Cleveland Heights, Ohio. Nine businesses there banded together to form “Bitcoin Boulevard” in May 2014. You may have noticed in the chart above that the next year or so was not kind to the cryptocurrency, so the initiative didn’t last long. But with bitcoin reaching new (if volatile) heights, now might be a better time for businesses to start accepting it.