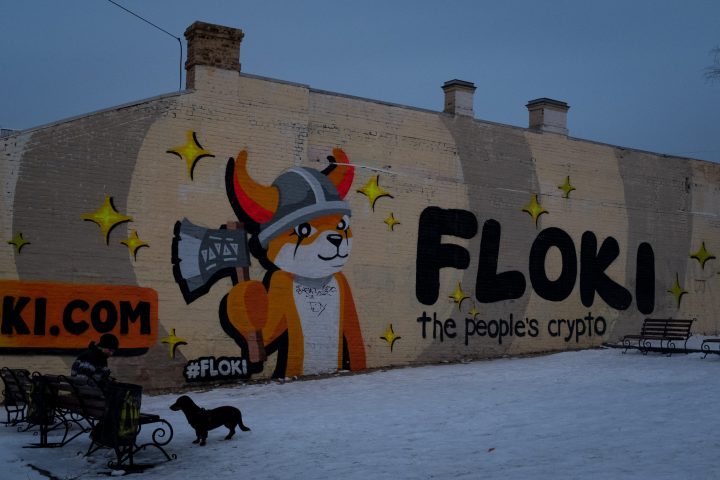 COPY
A woman plays with her dog in front of a large street art mural promoting the Floki Inu cryptocurrency on Feb. 2, 2022 in Kyiv, Ukraine. Chris McGrath/Getty Images

A woman plays with her dog in front of a large street art mural promoting the Floki Inu cryptocurrency on Feb. 2, 2022 in Kyiv, Ukraine. Chris McGrath/Getty Images
Listen Now

Last Saturday, Ukrainian leaders tweeted that the country was accepting donations in the form of cryptocurrency to support its military defense against Russia.

As of today, the country has amassed more than $30 million worth of bitcoin, ethereum and USDT, according to the research firm Elliptic.

“It’s certainly not common for a government to crowdfund,” he said.

What isn’t surprising is that Kyiv is turning to digital and cryptocurrencies.

“Ukraine has been at the forefront of the development of many aspects of cryptocurrencies,” Prasad said.

He added that Ukraine conducts a lot of trade using crypto and recently passed a law legalizing and regulating its use within the country.

“So I suppose it’s a natural extension that at a time like this, they would use any possible means to raise financing including through cryptocurrencies,” he said.

Prasad said there are advantages to raising money this way. Unlike traditional aid from other nations or NGOs, deposits into the country’s crypto wallets can be spent quickly and without restrictions.

That can be appealing to donors, too, said Merav Ozair, a blockchain expert at Rutgers Business School.

“I think from a donor perspective it’s instant, you know if you really want to help people right away, you can do it,” she said.

And there’s another advantage for those who might fear retaliation from, say, the Russian government.

“If the donor, say, wants to stay anonymous, then that is a perfect way to do that,” Ozair said.

Ozair said crypto crowdfunding could play a major role in the future of foreign aid, something William Luther at Florida Atlantic University notes we should keep an eye on.

Because the same lack of restrictions that allows donations to be spent quickly can also lead to ethical concerns.

He notes that if Ukraine can solicit anonymous donations to fund its military operations with no strings attached, “then so, too, can Russia.”

Or any other government.