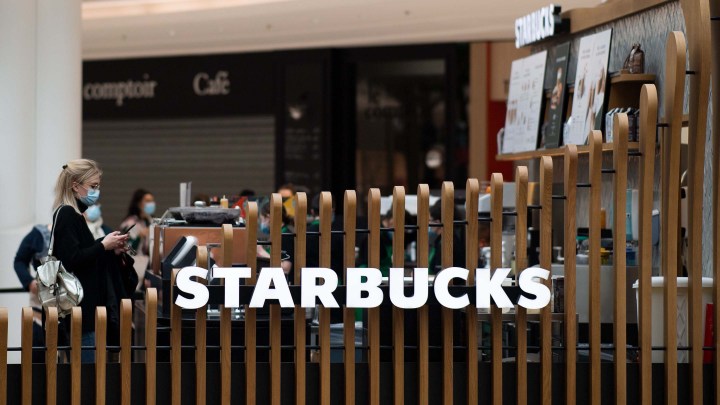 COPY
Starbucks' last report of quarterly results showed same-store sales down about 5% in the U.S. Loic Venance/AFP via Getty Images

It might be hard to believe, but on March 30, Starbucks celebrates 50 years in business. What started out as small beans — a single shop in Seattle’s Pike Place Market — has grown into a global coffee empire.

Specialty coffee houses had been around before, serving beatniks and bohemians fancy little espresso drinks, but Starbucks turned that concept mainstream and basically created its own new sector of the restaurant business in the process, said Paul Argenti, a professor of corporate communications at the Tuck School of Business at Dartmouth.

“It’s a place to meet, to work, a place to go have a cup of coffee,” Argenti said.

But that so-called “third place” became a harder sell when the only place people wanted to be was home, said R.J. Hottovy, a restaurant analyst at the consultancy Aaron Allen & Associates.

“Specialty coffee, including Starbucks, was one of the categories that was hardest hit during the pandemic,” Hottovy said.

Millions of workers are no longer commuting into the office, and coffee easy to make at home. Starbucks’ last report of quarterly results showed same-store sales down about 5% in the U.S.

But it could have been worse, said consultant Trevor Boomstra with Alix Partners.

“They were able to leverage a lot of the drive-thru as well as their apps and delivery,” Boomstra said.

Starbucks was an early adopter of mobile ordering, attracting more users than even Apple’s payment app until 2019 when the tech giant surpassed it. And while Starbucks closed hundreds of urban stores last year, it plans to open as many drive-thrus and pickup stores in suburban locations.