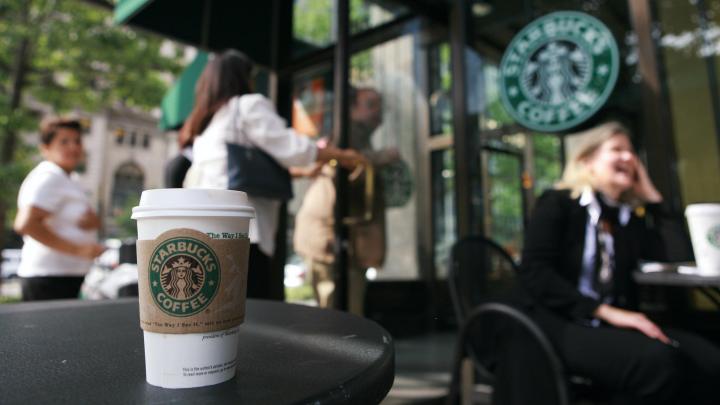 COPY
Starbucks costumers who signed up for the loyalty program have bolstered the company's sales in the past year. Mandel Ngan/AFP via Getty Images

Starbucks costumers who signed up for the loyalty program have bolstered the company's sales in the past year. Mandel Ngan/AFP via Getty Images
Listen Now

Starbucks’ latest earnings report shows traffic is still down from pre-pandemic levels. But spending per visit? It’s up so much that sales have returned to normal. And the company said some of that is thanks to an 18% increase in the number of people who have signed up for its loyalty program in the last year. The 90-day active member rate is now 23 million in the U.S.

Starbucks is not the only company leaning on a loyalty program to bring customers in. McDonald’s, Wendy’s, White Castle and many others have piloted or launched loyalty programs during the pandemic.

Here’s why rewards programs in fast food are becoming an increasingly bigger piece of the puzzle.

It seems like everyone on social media has a hack for something, including how to get lots of freebies.

“Hey guys. What’s up? Welcome back to my channel. It’s my birthday!”

That’s YouTuber Lindsay Rae. Her goal in this video is to get as many birthday perks from loyalty programs as she can. She goes to Denny’s for a free Grand Slam breakfast. Starbucks for a free iced matcha green tea latte. IHOP for more free pancakes. And on and on until she gets a free stomachache.

“I don’t know if I can eat any more pancakes,” she says in the video. “This might be a problem.”

People love deals and feeling like they’ve gamed the system, even though it’s the system that’s usually gaming them. Phyllis Rothschild at McKinsey said customers who use loyalty programs are twice as likely to return to a brand and spend more. And “they may actually become less price sensitive for my brand over time because they know that they’re going to get rewards further down the line.”

She said loyalty customers boost revenue about 15%. So for the company, a freebie really pays for itself and then some. Loyalty programs also give companies a lot of data. “Who’s buying what, when are they buying it, how old the person is, where are they geographically located?” said Joseph Nunes, who teaches marketing at the University of Southern California’s Marshall School of Business.

He said since the pandemic began, fast-food chains have been increasingly competing with delivery apps for that valuable information. That’s a problem because those chains want direct access to customers to send them customized offers through push notifications “and give them a coupon or an offering that hits them right when they’re in the market for lunch,” Nunes said.

Pretty soon they’re buying gift cards and signing up for a Starbucks Visa card to get even more rewards. The hope is, a little loyalty hooks customers for life.