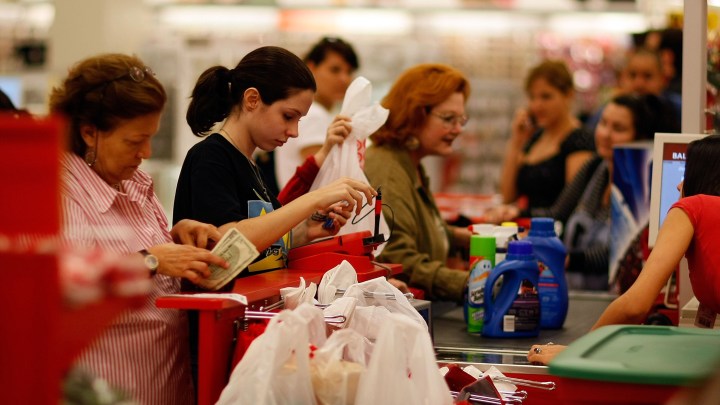 Target has rolled out its revamped loyalty program, Target Circle, nationwide. It offers customers birthday rewards, 1% back on in-store purchases that they can redeem during future visits, and their choice of local non-profits that Target stores support.

From Rite Aid to Macy’s to H&M, retailers are offering loyalty rewards programs because consumer loyalty is declining, according to Denise Dahlhoff, a senior fellow at the University of Pennsylvania’s Wharton School of Business.

“There are so many options out there,” she said. “So each brand and retailer has to fight so much more for share of wallet.”

They are fighting not just with discounts but also with personalized experiences: free makeovers, birthday presents, or early access to a clothing line.

Akshay Rao at the University of Minnesota said while retailers are handing out deals, they’re collecting data.

Target Circle is the latest entry in what NYU business professor Alixandra Barasch calls “an arms race” — one in which retailers are trying to one-up their competitors by offering gold and platinum elite levels and investing big money.

But consumers tend to shop based on price and convenience, Barasch said, so retailers may pull back. “It’s going to become less valuable to firms to provide these programs,” she said.

The explosion in loyalty programs is turning some consumers off. Daniel Bokelman of Moreno Valley, California, said once you start signing up for them, “it’s a headache to kind of keep track of those points. You have to remember your account number, your password, which website to use to check your points. And then you have to remember when they’re available.”

Bokelman says nine out of ten times when he’s asked to sign up for a loyalty program, he decides it’s just not worth it.

Correction (Oct. 16, 2019): Due to editing errors, the original version of this piece misstated when Target Circle would launch nationally and included an incorrect job title for Denise Dahlhoff.