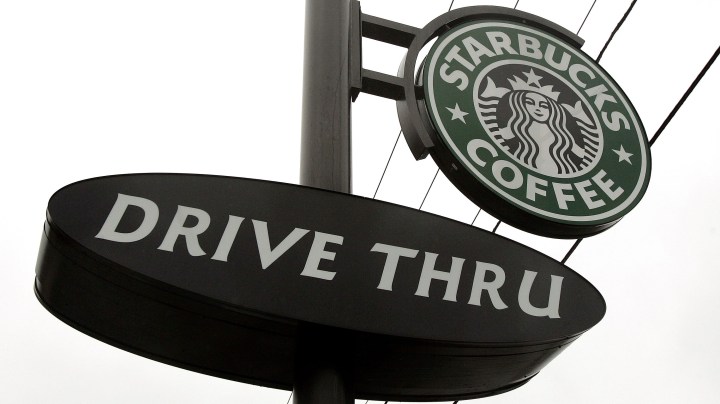 How are you getting your caffeine fix these days? That French press you bought last year during lockdown, have you figured out how to use it yet? Can you get through an afternoon Zoom meeting without the 3 p.m. Frappuccino you relied on at the office?

Dutch Bros, an Oregon-based company with drive-thru coffee kiosks scattered mostly on the West Coast, had an impressive initial public offering earlier this week. With so many people still working from home, it may seem like an odd time for a company that depends on the morning commute to go public.

But coffee habits can change. One thing I don’t miss from the “before times?” That feeling when you haven’t had any coffee, you’re stuck in the back of a 1,000-person line at Starbucks, wondering if you’re being punished for something.

Well, the “before times” are alive and well, at least at this Dutch Bros kiosk in south Sacramento. I’m in one of two drive-thru lanes across from interior decorator Kasey Kiesz.

I’m in my Camry. Both lanes are packed with about 10 cars apiece. Kiesz said the lines are almost always this long. That doesn’t surprise Sean Dunlop, an analyst with Morningstar. These days the suburbs are humming with remote workers.

“Real estate with a drive-thru is attractive because people are going to the coffee shop on the way to a soccer game,” Dunlop said.

Or on their way to school now that that’s happening again. And customers still feel safer in their cars with the delta variant surging.

“We’re still about a million workers short in the restaurant industry, and wages have risen about 10%. So drive-thrus offer a way to take a little bit of labor out of the equation,” he said.

Dutch Bros specializes in that gray area where coffee meets dessert, like Kiesz’s $3 Caramelizer. That menu makes its expansion plans less dependent on the morning commute, according to Caleb Bryant, an analyst with Mintel.

That’s because you can brew plain old drip coffee at home. But if you’re out, you want something special, like the macadamia nut-flavored Annihilator I ended up ordering.

“Did you want any whip or drizzle with that?” the barista asked.

I opted for both the whip and the drizzle. I deserved it. It was a long line.