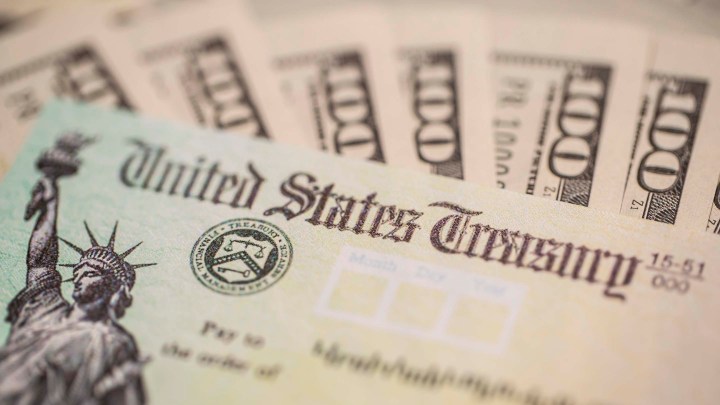 COPY
Middle-income households may increase their spending a bit, and pay down debt. But Camilla Yanushevsky at CFRA Research said some of them may hold back, because they’re worried. LPETTET via Getty Images
COVID-19

Middle-income households may increase their spending a bit, and pay down debt. But Camilla Yanushevsky at CFRA Research said some of them may hold back, because they’re worried. LPETTET via Getty Images
Listen Now

A little over two weeks ago, President Joe Biden signed the American Rescue Plan. Within days, many Americans started getting their third round of relief payments.

At $1,400 a person — up to the income cutoff — those payments add up to about $400 billion. How is that money likely to flow into the economy?

This third round of relief payments is bigger than the previous two. “You have families right now who are getting thousands of dollars — in some cases maybe $3,000 $4,000 $5,000,” said Lisa Rowan, who tracks consumer behavior at Forbes Advisor.

The pandemic has affected Americans in different income brackets differently: People who worked low-wage service jobs before the pandemic are most likely to be in serious financial distress now, said Notre Dame economist James Sullivan.

“For those that have low earnings, these payments are often used to make a large payment, like a security deposit, back rent, to pay off a debt or to buy a large durable good,” he said, like a used car to get to work. “They don’t often have enough savings to make those kinds of transactions, and a large payment like that positions them to do so.”

Middle-income households may increase their spending a bit, and pay down debt. But Camilla Yanushevsky at CFRA Research said some of them may hold back, because they’re worried.

“Concerns regarding economic prospects and the speed at which employment conditions can be restored,” Yanshevsky said. “We think that group is most likely to save, to embrace frugality.”

That describes Jessica Oyanagi’s family in Hawaii. Her photography studio hasn’t had much business, and her husband’s welding work has been slow.

“We’re just putting our stimulus payment into savings in case anything goes sideways again and we need the money for everyday living,” Oyanagi said in a voice message. She was too busy homeschooling her kids for an interview.

“It’s not a very exciting way to spend the money, but I guess these are just the times we’re living in.”

Folks who have discretionary income to spare are likely to spend their relief payment on entertainment and services, Yanushevsky said. And then there are folks who are doing so well, they don’t even qualify for a relief check:

“Higher-income Americans, the ones that haven’t lost their jobs, might have even seen income growth,” she said. “They’re very well positioned to splurge,” particularly on domestic and international travel, helping that hard-hit sector of the economy to recover.