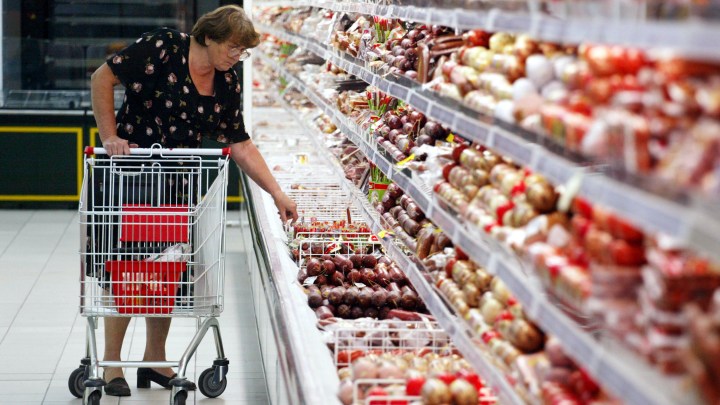 COPY
After the most recent round of relief, hunger in America fell. Oleg Nikishin/Getty Images

After the most recent round of relief, hunger in America fell. Oleg Nikishin/Getty Images
Listen Now

We’ve seen the stimulative effect of the $1400-a-head that started hitting American bank accounts back in March wane a bit. Some folks spent the money on immediate needs. Many who didn’t need it right away are still holding a chunk of that relief money in their bank accounts.

Like Emma Flynn, 26, who was working in a hospital coffee-shop in Omaha, Nebraska, for $10-an-hour. Then COVID-19 hit, and she quit. Her first relief payment of $1200 covered rent for a month, “and then I started pulling money from my Roth IRA,” she said, “just any money that I had put in and could pull out without penalty.”

Flynn’s now back to work, and she put the $1400 into savings. “Just trying to build back all those savings that I spent, hopefully that’ll grow and I’ll one day be able to retire,” she said.

Some folks saved or invested their checks. Others are paying down student loans, buying new windows, going on vacation. “Families in our lowest income quartile, we saw more than a doubling in their liquid cash balances, with each round of relief,” said Fiona Greig at the JPMorgan Chase Institute, who has been tracking how relief payments have impacted Americans’ bank balances.

Those households spent most of that cash windfall right away on food, rent, medicine and utilities. Economist Jay Shambaugh at George Washington University said government relief has changed the financial trajectory for millions of households.

“We’ve seen delinquencies go down, fewer car repossessions, things like that, where people have been able to make payments because they’ve been getting this kind of support,” he said.