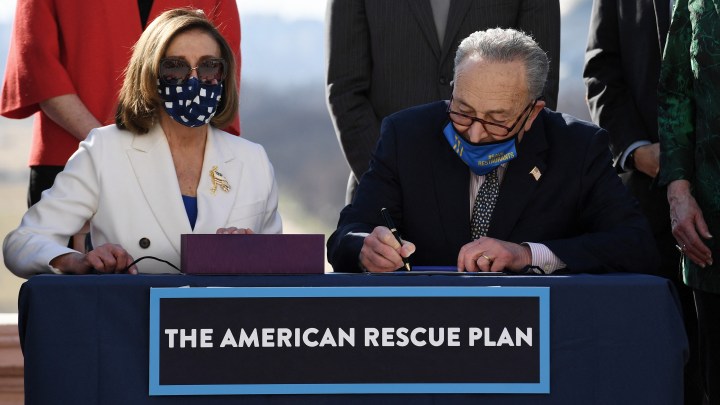 Businesses, communities and individuals are getting ready for their slices of the $1.9 trillion American Rescue Plan.

But moving that much money through the federal government will take some time.

One of the first effects of the plan that we’ll feel will be another round of relief payments — $1,400 for most people. And the IRS now has quite a bit of experience getting those out the door.

“They’ve done this twice before. In each case, they did this at record speed,” said Janet Holtzblatt, a senior fellow at the Tax Policy Center. “So I’m feeling confident that most people could receive that third round of payments sometime in the next couple of weeks.”

The plan also sets up programs to help entertainment venues and restaurants, and that money may take a bit longer to work its way through the system.

“I would assume that it’s going to be over the next, what I would say, three to nine months,” said Everett Sands, who runs Lendistry, a fintech lender that helps process small business loans.

The hundreds of billions for state and local governments may take even longer to make it into community coffers, but “the good news is they know it’s coming. And they can budget and plan accordingly,” said Aaron Klein, a senior fellow at the Brookings Institution.

He gave the example of the more than $30 billion allocated for public transit.

“If I’m running a subway system, I don’t necessarily need the check to have cleared by Uncle Sam, I need to know that he wrote it,” he said.

Which, Klein said, is also the case for individuals and businesses. Sometimes just knowing money is coming lets you breathe a bit easier.