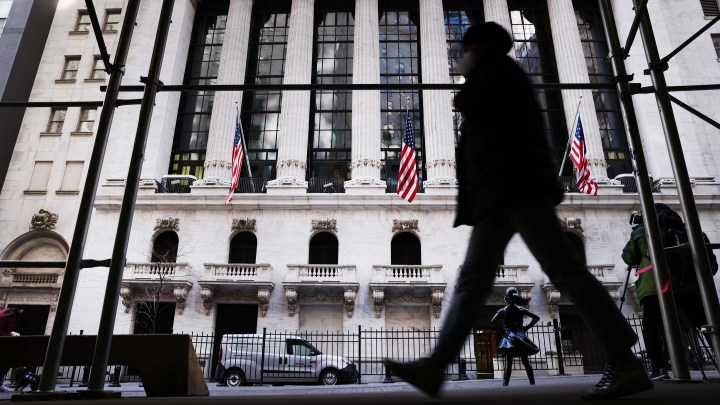 The GameStop saga looks like it has come to an end. Veteran investors rightly warned the speculative frenzy would end badly for many.

They also took the buying spree as another sign that the bull market in stocks that started in 2009 has probably entered into bubble territory. If history is any guide, many professional and ordinary investors will suffer big losses when the bubble bursts.

The implications of a bubble for the economy are more complicated, but perhaps bubbles have their place.

Chris Farrell: Market bubbles, these are the most fascinating stories in finance. I mean, you think about the Dutch Tulip Bulb Mania, the South Sea Bubble, the Roaring ’20s. And financial commentators, they’re right. They caution that these wealth-creating bubbles can end up destroying a lot of wealth when the bubble finally pops. But when you look back at these legendary episodes, you have two reactions. One is how could so many people be so dumb with their money, right? But at the same time, these speculative fevers, they emerged during times of major economic and technological change. And in essence, these speculators are accelerating the rise of a new economy.

David Brancaccio: That was the case 100 years ago in the 1920s. I’ve been reading about that.

Chris Farrell: Yeah, and it’s a fascinating story. So a lot of technologies had been developed earlier. But in the 1920s, entrepreneurs, managements, they figured out how to make money off these new technologies and new ways of doing business. So think about the rise of the auto industry, the spread of electric power, the new communication medium of the radio. And of course, then there was also the growing acceptance of consumer credit.

David Brancaccio: Radio … that’ll never catch on. There is also though, may I point out Chris, insider trading and stock market scams and bucket shops, fleecing mom and pop investors. That was a feature of those bubbles.

And Rutgers University economist Eugene White did a history of bubbles. And what he found is that there’s some innovation, technological change. Change in the structure of the economy made predictions about future earnings more difficult. But when this bubble bursts, the infrastructure of a different economy has been built. And you can tell the same story about railroad manias in the U.S. in the 19th century.