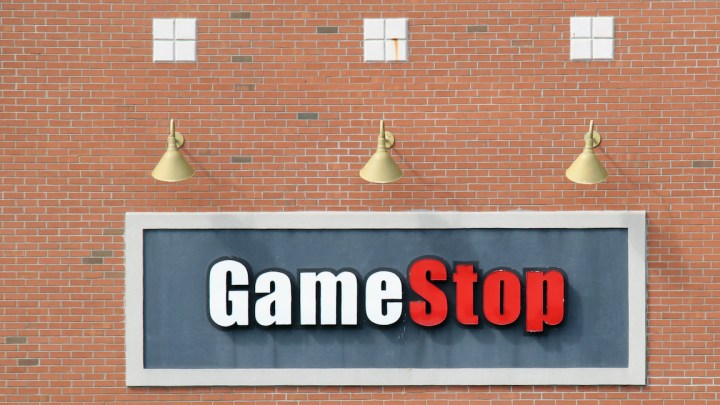 There are a few new twists in the stock market frenzy over GameStop — lawmakers and lawyers are starting to take sides and some trades were suspended.

Free stock trading company Robinhood and other retail brokerage firms announced trading restrictions on GameStop, AMC Entertainment, American Airlines and other companies that were caught up in the buying mania fueled by investors on the social media platform Reddit.

GameStop, for instance, shot up from $45 to about $500 a share in less than a week. But Thursday, after the brokerage firms suspended buying and raised margin requirements, GameStop sank to $126 before rising again.

How did all this get started, and where might it end? Take GameStop, the video game company, as an example. With stores in strip malls and little online presence, the company was not doing well.

Enter big investors who decided to “short” the stock, meaning they bet it would go down.

If the price did fall, those funds would make money, said John Jacobs, director at Georgetown’s Center for Financial Markets and Policy. “A group of investors — hedge funds and other investors, traders — that believe GameStop is overvalued because it is a brick-and-mortar chain.”

On the other side, people were betting GameStop shares would go up. A lot of these people are not traditional Wall Street investors, Jacobs said. They are “lots of small day traders who are coming into the marketplace sometimes for the first time.”

These two groups are fighting. Millions of small day traders are chatting on Reddit, a social media platform. On the subreddit WallStreetBets, members were egging each other on to buy more, hold onto the stock, don’t let its value drop, make those Wall Street guys lose their bet.

Guillaume Keller is one of those day traders on Reddit. He said, “It’s a popular movement rising against big Wall Street interests.”

Keller is actually based in Paris, which shows how far-flung this movement is. For him, it’s become something more than winning a bet over a random video game store. He sees it as “retaliation around unbridled Wall Street greed for the past 20 years.”

Keller said he doesn’t actually mind losing a little money in the end if it costs a Wall Street hedge fund a lot. And so far, some hedge funds have lost money in the trade.

People like Keller have driven GameStop shares up dramatically, and the higher they go, the more a short-selling hedge fund loses.

James Angel, an associate professor of finance at Georgetown, said, “We’ve seen these kinds of spikes in prices before, and we’ll see them again. And usually when they occur, they end badly.”

“End badly” as in the price eventually comes tumbling back down. Small traders who had invested their savings hoping to make a quick buck might lose instead.

But investment strategist and author Zachary Karabell said we shouldn’t assume that retail traders don’t know what they’re doing. “Maybe they do realize they might lose money. Maybe they say, if ‘I lose $500 doing this, but I could make $5,000, I’ll take that risk.’ ”