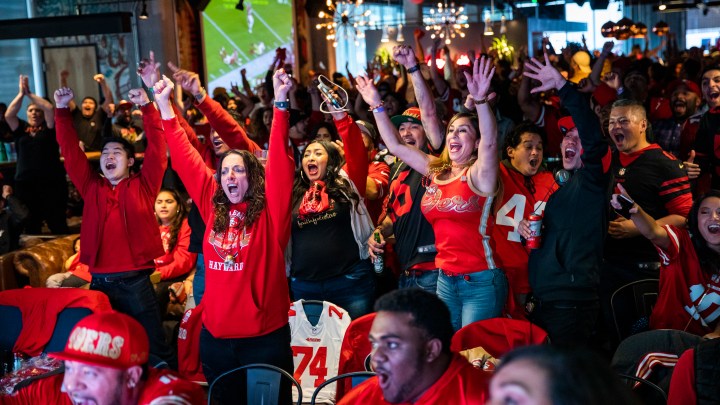 Forget the intricate plays happening on the field. Jim Fris is focused on his team in the kitchen.

Fris owns PJW Restaurant Group, which has sports bars in New Jersey and Pennsylvania. He said takeout now makes up the majority of his business on game days. But he still expects his restaurants to be as busy as they can be — even on the outside.

“When you’re looking in at, you know, 75-inch TVs, it’s not hard to see,” said Fris, who sees a lot of customers stream the audio on their phones.

It won’t be the usual party this Super Bowl Sunday, with indoor gatherings restricted and dining restrictions in flux around the country.

New Jersey is extending its curfew past 10 p.m., though that’s still the lights-out hour in parts of Minnesota and New Mexico. Business owners there are likely hoping the game doesn’t go into overtime.

Things are tougher for bars and restaurants in Washington state, where indoor dining is mostly closed. Because of that, lots of businesses are advertising catering specials, including establishments with food you might not associate with the Super Bowl.

“Thai food, Korean food — I love the idea of food from around the world for your Super Bowl snacks,” said Anthony Anton, president and CEO of the Washington Hospitality Association.

Still, nothing will get between some sports lovers and their traditional Super Bowl, even if it means sitting outside. At Eat, Drink & Be Merry’s group of sports bars in New York City, staff will wheel out the TVs. Think: those AV carts your grade school teacher brought in on movie day.

Jennifer Kay, managing partner, said it’s mostly regular customers who are dedicated to watching football in the cold, and that game days aren’t what they used to be.

“It’s not just like we’ve been closed for 13 weeks of football. We’re coming up on a year, you know, sporadically being open with percentages and taking weather into account and all those things,” she said. “Football is just one small piece of that puzzle.”

On Sunday, there will be spiked hot cider and electric heaters. But in the end, she said it’ll just be another day of doing business during a pandemic. 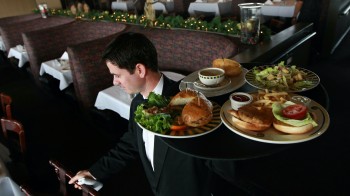 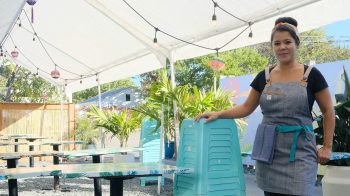 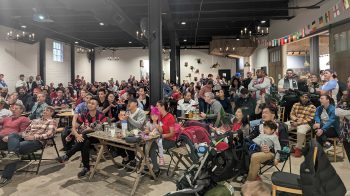 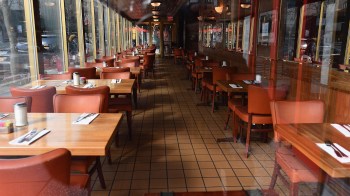