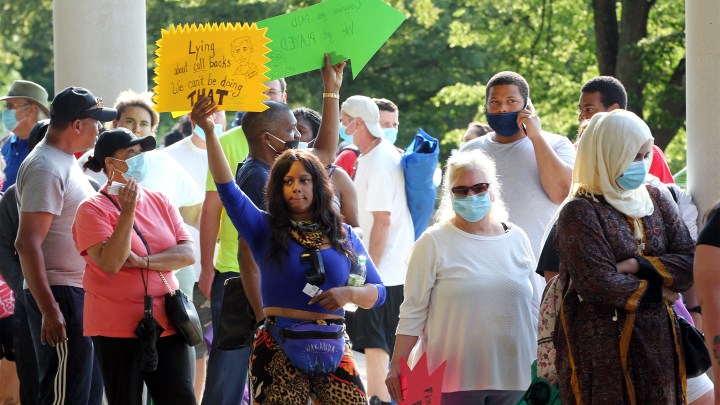 You can tell a lot about COVID-19 and the effects it’s had on the U.S. economy by looking at the numbers. The pandemic forced the closure of many businesses, at least temporarily, and led to record numbers of people losing their jobs.

Here’s one example: for the week ending June 27 there were 1.42 million new unemployment claims across the country. That’s was the 15th week that number had been over 1 million. There were also 840,000 new claims for the expanded federal Pandemic Unemployment Assistance.

The unemployment rate reached a high of 19.7% in April — levels not seen since the Great Depression, as much of the country was under stay-at-home measures.

For many, unemployment payments have been a lifeline, but one that is about to end, if nothing changes.

When do the expanded unemployment payments run out?

The increased unemployment benefits authorized as part of the CARES Act all have expiration dates. The extra $600 per week ends on July 31, as things stand. The expanded eligibility, to cover gig workers and self-employed people, runs until the end of the year. Figuring out what you are eligible for can be complicated, and depends on the state where you live.

Will the federal government extend the extra benefits?

Democrats say that because unemployment is historically high, the extra $600 should be extended until at least January. Democratic lawmakers introduced a bill to do that in early May. Some Republicans say the payment is too high, as some people are making more on unemployment than they did at work, putting them off from going back.

What happens when the extra $600 ends?

Things could get economically ugly, according to some industry watchers.  Michele Evermore at the National Employment Law Project said nearly 30 million unemployed Americans will be thrown back onto state benefits alone. Those vary, but in Arizona for example, the maximum is $240 per week.

Jody Solell works for a solar energy installer in Maryland and was furloughed in March. What will his family do if the extra money runs out at the end of July?

What evidence is there that the extra payments are effective?

Even as unemployment claims skyrocketed, the poverty rate did not. It actually fell about 2% since the pandemic began, according to one study. “The federal government considerably expanded economic support for households in a way that it never has in the past,” said Jim Sullivan, a professor of economics at Notre Dame and one of the lead researchers on the study. “That support has gone a long way.”

Can the payments be reworked?

Some economists, and lawmakers, have proposed linking the amount of payments to each state’s unemployment rate, reducing them as unemployment falls. “Ideally, you would extend supplemental unemployment benefits, but you’d put them on a glide path — start at $300 in high-unemployment-rate states and kind of phase it out from there,” said Michael Strain at the American Enterprise Institute.

What benefits are currently available?

Get ready for some abbreviations. The baseline is the state unemployment insurance (UI) benefit level. When unemployment is high, an existing Extended Benefits (EB) program kicks in to add 13 to 20 weeks of extra payments. The CARES Act adds 13 weeks of Pandemic Emergency Unemployment Compensation (PEUC), and it also created Pandemic Unemployment Assistance (PUA).

What benefits are available to freelancers and gig workers?

That’s where PUA comes in. It covers people who wouldn’t normally be given benefits, like gig workers, freelancers, and the self-employed, who aren’t laid off in the traditional sense, but who have lost work. It also covers people who can’t work for pandemic related reasons, such as they or a family member are sick.

Why am I having problems applying?

State unemployment offices have been overwhelmed by the unprecedented deluge of new applications. That means many people haven’t been able to get through, delaying them finding out what they’re entitled to, and delaying getting the money in their hands. Back in May, our Marketplace-Edison Research Poll showed nearly half of people who are out of work haven’t applied for unemployment. That may be partly because they don’t know they qualify, and partly because it’s so difficult.