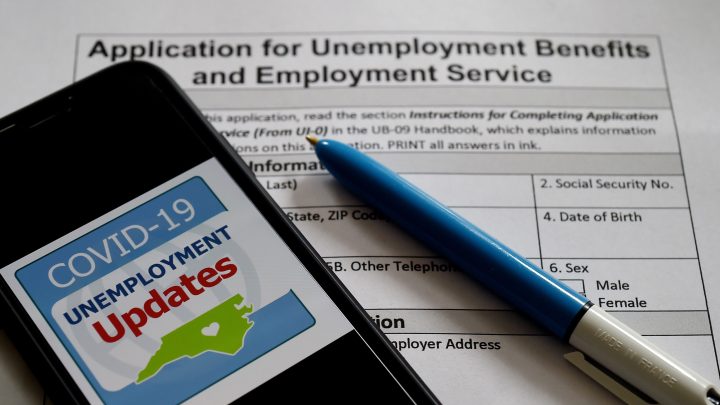 The poverty rate has fallen during the pandemic, according to a study out this week, but only because of the CARES Act. Olivier Douliery/AFP via Getty Images
COVID-19

The poverty rate has fallen during the pandemic, according to a study out this week, but only because of the CARES Act. Olivier Douliery/AFP via Getty Images

Over the last few months, as unemployment claims have skyrocketed, the poverty rate has not.

Instead, it has fallen about 2% since the pandemic began, according to a new study out this week from economists at the University of Chicago and the University of Notre Dame. But only because the government stepped in.

“The federal government considerably expanded economic support for households in a way that it never has in the past,” said Jim Sullivan, a professor of economics at Notre Dame and one of the lead researchers on the study. “That support has gone a long way.”

Had there been no CARES Act, no $1,200 stimulus payments and no expansion of unemployment benefits, the poverty rate would have risen from 12.5% to over 16% this year, according to a forecast out this week from Columbia University.

The two studies use different measures for poverty, but come to the same conclusion: financial help from the federal government has been critical in keeping millions of families from falling into poverty during the pandemic.

“It begs the important question, what happens to those who are still unemployed at the end of July?” Sullivan said.

That is when that extra $600 a week the federal government has been tacking on to state unemployment benefits is set to run out.

Emma Craig has no idea what she’ll do when that happens. It took almost two months from the time she first applied for unemployment, after losing her restaurant job in New York, for the first check to arrive. By then, she had already spent her stimulus check, and had less than $200 in the bank. She was on the brink, financially and emotionally.

“There was a couple weeks when I finally got that unemployment, and it was like, ‘we’re in the money!’” said Craig, 31. “I could breathe for a moment.”

But that relief was short-lived.

“For the past month, there’s been that sinking feeling of like, ‘oh my god, what am I going to do when this $600 runs out?” she said. Her state unemployment benefits alone are not enough to survive on for long in New York City.

More than 30 million people are currently collecting unemployment, and the Congressional Budget Office has projected that the unemployment rate will remain high — above 9% — through the end of 2021.

Given that, and the fact that COVID-19 cases are rising in many states, lawmakers are considering the possibility of another coronavirus relief package. What that might look like, and what kind of financial support it would include for people who are struggling, though, is unclear. Democrats are pushing for an extension of the $600 a week in pandemic unemployment compensation, but Republicans are opposed.

“If the PUC benefits expire at the end of July, and they’re not replaced with any supplemental PUC benefits or any other type of income support, we’re likely to see subsequent increases in poverty and hardship,” said Zach Parolin, a researcher at the Center on Poverty and Social Policy at Columbia University. “We’re likely to see that many families will be going months with little to no income support.”

Black and Latino workers have been more likely to lose jobs during the pandemic, and will be hit particularly hard if Congress does not extend unemployment benefits, the Columbia study predicts.

For millions of people right now, a lot hinges both on what Congress does next, and on how many jobs come back in the coming weeks and months.

“If the trend we saw in May where jobs appear to be bouncing back continues, then I’m cautiously optimistic that families will be able to bounce back, because more will be able to return to the labor market,” Sullivan said.

“If, however, the labor market does not bounce back and unemployment remains high, which many have forecasted, then it’s hard to see how low-income, disadvantaged families are able to weather the storm when we move into the fall and winter and we don’t have these expanded benefits.”