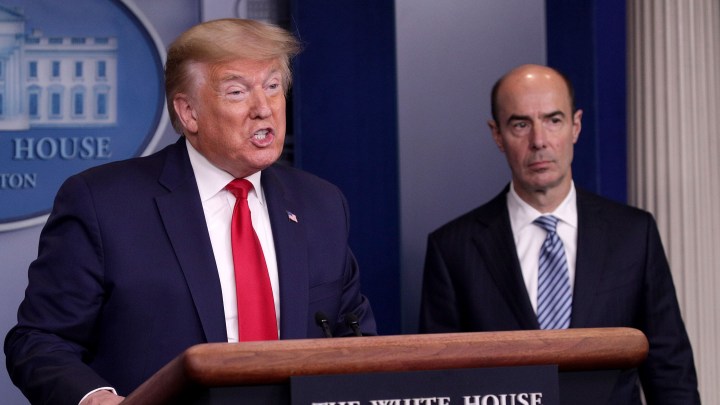 Congress and President Donald Trump are deciding whether to extend the extra $600 a week in unemployment benefits workers are getting because of the pandemic.

Marketplace’s Nancy Marshall-Genzer has the latest on this. She spoke with “Marketplace Morning Report” host David Brancaccio, and the following is an edited transcript of their conversation.

David Brancaccio: Yesterday, the U.S. labor secretary said he believes the program should not be extended?

Nancy Marshall-Genzer: Labor Secretary Eugene Scalia testified yesterday before the Senate Finance Committee. He pointed to last week’s unexpectedly good jobs report, which showed unemployment fell in May, to about 13%. The extra $600 a week payment is set to expire at the end of July. It’s on top of regular unemployment benefits, which would continue. Scalia says by July 31, much of the economy will be back open, and employers will be hiring.

Brancaccio: But many want the $600 a week extended, including Democrats?

Marshall-Genzer: Democrats say unemployment is still historically high. And they don’t want people to feel like they have to go back to jobs they feel are unsafe because of COVID-19. Democrats want to extend the extra $600 in unemployment benefits through January. Republicans say that with the extra money, some people are making more on unemployment than they would by working.

Brancaccio: Is there room for compromise here?

Marshall-Genzer: Possibly. Some Democrats say the extra $600 payments should be tied to the unemployment rate, so they’d only continue as long as unemployment remained high. And, Secretary Scalia mentioned the possibility of bonuses for people who return to work.