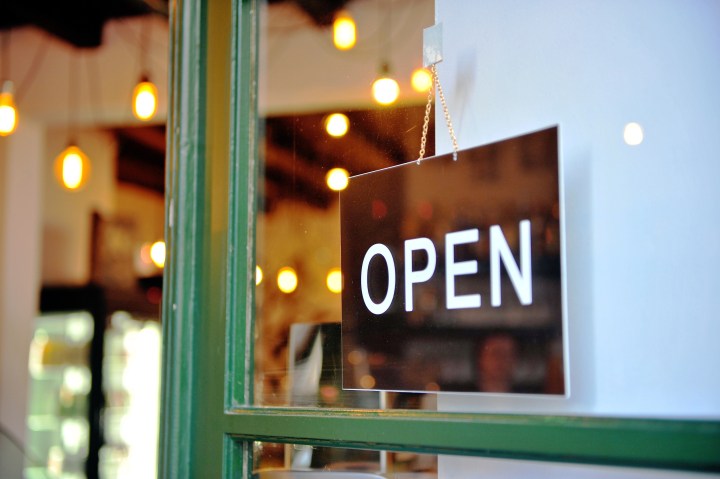 Another 3 million people filed unemployment claims this week, according to the Labor Department, adding to the enormous impact of COVID-19 on the U.S. workforce. The news comes a few days after the department said states and localities have an obligation to detect what the department called “waste and fraud” in the unemployment system.

Several states have been pushing employers to disclose when laid-off employees refuse to return to work.

About two weeks ago, the Vermont Labor Department launched a webpage for businesses to report employees who decline offers to return to work. It’s left some business owners, managers and workers in a difficult position.

Staff may not feel safe going back to work if they could be exposed to the coronavirus, but if employers report them, they could effectively kick them off unemployment insurance.

“It makes it very difficult to think that we would have to turn to the state and tell them that they should pull their aid,” said Mark Frier, who co-owns a restaurant called the Reservoir in Waterbury, Vermont.

Several other states have set up similar websites for reporting employees, including Montana, Oklahoma, Tennessee and South Carolina.

Frier laid off all of his employees in mid-March. He also took out a Paycheck Protection Program loan, which can be forgiven if he brings his headcount back up during the loan’s eight-week window.

Restaurants are allowed to do takeout, but Vermont hasn’t allowed them to fully reopen. Frier’s restaurant is closed. “We’re not rushing to bring people off unemployment when we can’t reopen our doors because of state order,” he said.

One of Frier’s former employees is Sage Guggenheim, head chef at the Reservoir. She says she’d love to get back, but given the potential safety issues of returning to work, she understands that others want to stay at home. “We don’t want to force people into a difficult position where they have to choose between what they want to do and what they have to do,” Guggenheim said.

But that is the position that employers may end up in, said Frank Knapp, president and CEO of the South Carolina Small Business Chamber of Commerce. Many businesses are realizing a hard truth about their PPP loans, if they don’t bring staff back. “This forgivable loan may not be forgivable.”

For employees who have concerns about going back to work, the first step is to start a conversation with their employer, said Brian McGinnis, an attorney with Fox Rothschild who focuses on employment law issues.

“It’s important that it be a two-way dialogue,” he said. Employers aren’t necessarily going to know what concerns staff members have.

“The first step to being able to accommodate, or alleviate, the concerns is knowing what those are. The more constructive dialogue, the better it has tended to work out,” he said.

Like so much when it comes to unemployment benefits, the situation around rights, and the law, is complicated and can vary by state. A good place to start is states’ websites. For example, California’s has a Q&A page that addresses the question of being afraid of contracting COVID-19 in the workplace:

“An individual is disqualified for UI if they refuse to accept “suitable” employment when offered. Under California law, the [Employment Development Department] will consider whether the particular work is “suitable” in light of factors such as the degree of risk involved to the individual’s health and safety. For example, if your employer has complied with the state’s requirements for reopening, and any and all government safety regulations, you may not have good cause to refuse to return to work and could be disqualified from continuing to receive regular UI benefits for a designated period of time.”

There are also guidelines from the CDC and the Departments of Labor and Health and Human Services under the Occupational Safety and Health Act. They detail the steps that employers should be taking. If an employer isn’t doing so, an employee will have a stronger case to claim the employment isn’t suitable.

McGinnis says in his experience, employers are trying to get it right, and not just because they’re worried about being sued. “Employers really understand they can’t get back to business without making sure employees are adequately protected,” he said. “A lot have really taken pains to get this right.”

Correction (May 15, 2020): An earlier audio version of this story misidentified Frank Knapp’s organization. The audio has been corrected.