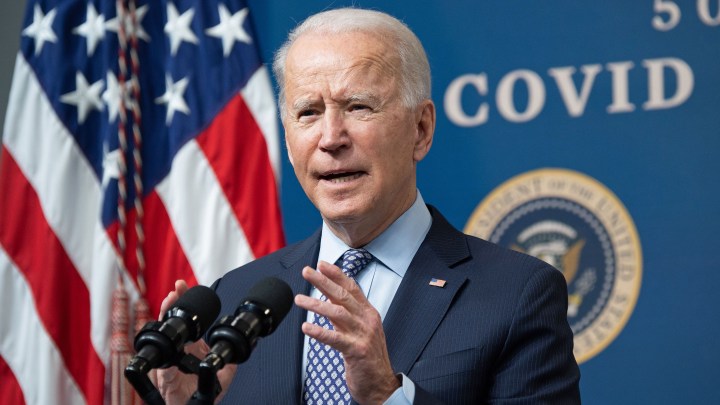 Some 19 million Americans are getting some unemployment aid, and now the Labor Department is expanding eligibility in ways you might want to know about.

Marketplace’s Nova Safo has details. The following is an edited transcript of his conversation with “Marketplace Morning Report” host David Brancaccio.

Nova Safo: This expansion applies to the Pandemic Unemployment Assistance program, which Congress established last spring in the CARES Act. A lot of people know this program as the one for gig workers, though it does apply to some others. And now eligibility is being expanded to three additional categories of workers.

The headline one is people who’ve turned down work for health and safety reasons. Turning down work can get you kicked off state unemployment aid.

But the federal government is now stepping in, saying people shouldn’t have to pick between staying safe during the pandemic and their livelihoods. Now they can get federal aid.

David Brancaccio: And what are the other two?

Safo: Certain school employees on campuses that are closed or partially closed. Also workers who are laid off or have lost hours, but the businesses that employed them are still open. Before, a business had to be closed. So think waiters at restaurants that are now takeout only. They’ll now qualify.

Safo: The Labor Department says the earliest it expects that states will be up and running with these new guidelines is the end of March, because they have to update their systems.

But benefits will be retroactive, so people could theoretically get large chunks of money if they were previously denied aid, say, months ago, and now they are deemed eligible.